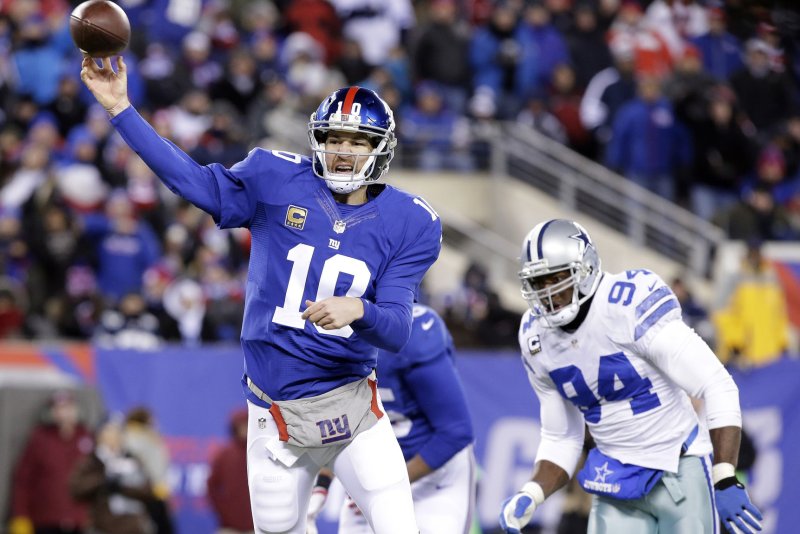 May 6 (UPI) -- Former star defensive end DeMarcus Ware wants to lend his pass-rushing expertise to the Dallas Cowboys in the form of coaching up the defensive line.

Ware, 36, told the Cowboys website that he wants to consult with the team at least two or three days each week.

"I always say I want to teach the championship mentality," Ware told DallasCowboys.com. "If I could come here at least two or three days a week, teaching them Wednesdays and Thursdays, teach the pass rushers how to pass rush, stopping the run - but then I always help the offensive line, like [left tackle] Tyron Smith, with their technique [too]."

The likely future Hall of Famer entered the NFL as the No. 11 overall pick by the Cowboys in the 2005 NFL Draft. Ware played nine seasons in Dallas, before signing with the Denver Broncos in 2014. He was a nine-time Pro Bowl selection and four-time All-Pro. Ware also won a Super Bowl with the Broncos in 2016.

The Troy product led the league in sacks twice and retired with 138.5 quarterback takedowns, the eighth-most in NFL history. He is also the Cowboys franchise leader with 117 sacks.

"We did talk about it last year," Garrett said. "It just has to work for both sides, what he's looking for, what we're looking for from a role like that. But suffice it to say he's always welcome, and if we get to a point where it makes sense for both sides, we'll definitely bring him back and get him involved. He's a special guy."

Cowboys rookies head to rookie minicamp on Friday. The team reports to OTA off-season workouts May 21 and has mandatory minicamp from June 11 to 13.