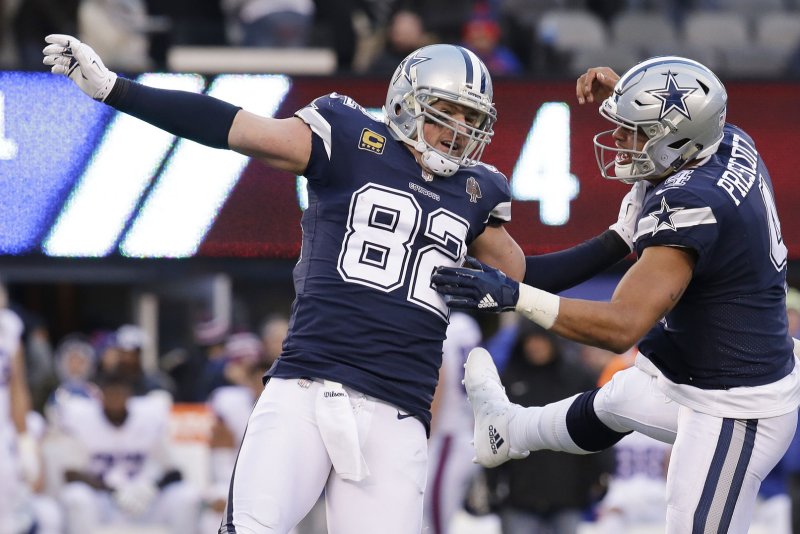 McFarland will switch from his field-analyst position to the color commentator role recently vacated by tight end Jason Witten. Witten ended his short retirement and returned to the Dallas Cowboys this off-season after one year with MNF.

Sideline reporter Lisa Salters, who returns for her eighth MNF season, and new officiating analyst John Parry will join McFarland and Tessitore on the program.

"I'm so excited to continue to be a part of 'Monday Night Football,' especially with the opportunity to be in booth for the 50th season, working with true professionals and friends like Joe and Lisa," McFarland said in a statement. "We have a great slate of games and I look forward to starting our journey in Louisiana, where I was born and raised."

McFarland, who won two Super Bowls with the Tampa Bay Buccaneers and Indianapolis Colts, joined "Monday Night Football" for the 2018 season after serving as a college football analyst for four years on ESPN, ABC and the SEC Network.

"Booger's insight, personality and passion for the game make him the right person for the job," ESPN executive vice president Stephanie Druley said in a statement. "He and Joe have been close friends since they helped ESPN launch the SEC Network five years ago. Their chemistry together in the booth -- and with Lisa -- will give us a team that fans want to spend Monday nights with this fall."

The 50th season of "Monday Night Football" begins Sept. 9, when the Houston Texans visit the New Orleans Saints as part of ESPN's opening-night doubleheader. The Denver Broncos travel to play the Oakland Raiders for the late game.