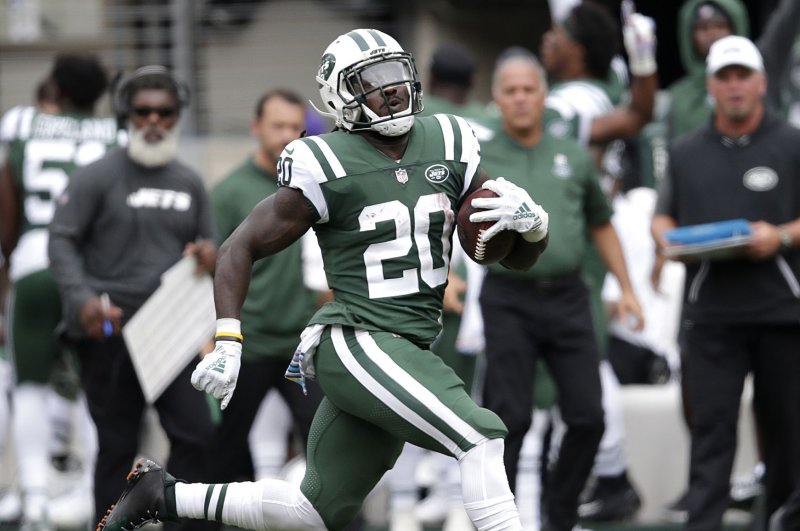 Veteran running back Isaiah Crowell has agreed on a one-year deal to join the Oakland Raiders, along with linebacker Brandon Marshall, who also inked a one-year contract. File Photo by John Angelillo/UPI | License Photo

Crowell will earn up to $2.5 million on a one-year deal, while Marshall's deal is worth up to $4.1 million according to ESPN.

Last season, in his only year with the New York Jets, Crowell rushed for 685 yards, six touchdowns and a 4.8-yard per carry average.

Crowell had a monster game in a week five win over the Denver Broncos last season, setting a franchise record with 219 rushing yards.

He was released by the Jets following their signing of free agent running back Le'Veon Bell.

Oakland's top two running backs from a season ago, Doug Martin and Marshawn Lynch, are both free agents and have yet to sign.

Crowell had played four seasons with the Cleveland Browns before joining the Jets before the 2018 season.

The 29-year-old Marshall had spent the last six seasons with the Denver Broncos, and was on the roster when the team defeated the Carolina Panthers in Super Bowl 50.

Denver decided not to exercise their team option with two years left on Marshall's contract, allowing him to become a free agent.