New England Patriots tight end Rob Gronkowski (87) is going out on top, as the future Hall of Fame tight end announced his retirement on Sunday, less than three months after hoisting his third Super Bowl trophy following a 13-3 win over the Los Angeles Rams in Super Bowl LIII in Atlanta on February 3, 2019. File Photo by Will Newton/UPI | License Photo

March 24 (UPI) -- A loud and brash personality who played the position in legendary fashion, New England Patriots tight end Rob Gronkowski has called it a career at the age of 29.

Possibly the most high profile tight end in the history of the game, Gronkowski announced his retirement on his Instagram account on Sunday, ending a nine-year career that eventually will reward him with a bust at the Pro Football Hall of Fame in Canton, Ohio.

"It all started at 20 years old on stage at the NFL draft when my dream came true, and now here I am about to turn 30 in a few months with a decision I feel is the biggest of my life so far," Gronkowski wrote on his Instagram. "I will be retiring from the game of football today."

"Thank you for everyone accepting who I am and the dedication I have put into my work to be the best player I could be," the 29-year-old added. "But now its [sic] time to move forward and move forward with a big smile knowing that the New England Patriots Organization, Pats Nation, and all my fans will be truly a big part of my heart for [the] rest of my life."

Gronkowski was a huge weapon over the years for the Patriots, helping them win three Super Bowls during the nine seasons he was a part of the team.

His 79 receiving touchdowns ranks third all-time at the position, and he was also named to the Pro Bowl five times and first-team All-Pro on four occasions.

During his stellar career, Gronkowski pulled in 521 catches for 7,861 yards and 79 scores.

His career ends with 80 total touchowns, including one rushing touchdown, which ties him for 62nd place all-time. He also scored 12 playoff touchdowns, second only to San Francisco 49'ers wide Hall of Fame receiver Jerry Rice.

Gronkowski's quarterback for all nine seasons of his NFL career is another future Hall of Famer, Tom Brady, and after the announcement, Brady commented on his long time tight end's Instagram retirement post.

While Gronkowski will go down as one of the great tight ends in NFL history, injuries were a big factor throughout the course of his career.

He played in just 31 games the last three seasons, and while he played in all 16 of the Patriots regular season games the first two seasons of his NFL career, after that he never played in every game of a season again.

The tight end's career ended in spectacular fashion, as he caught six passes for 87 yards and helped New England win a Super Bowl record-tying sixth title on February 3 in a 13-3 win over the Los Angeles Rams in Super Bowl LIII. 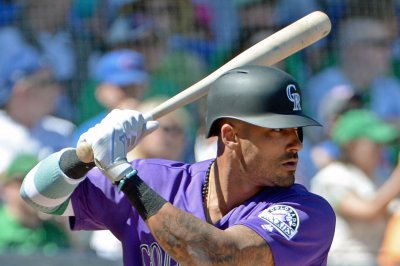