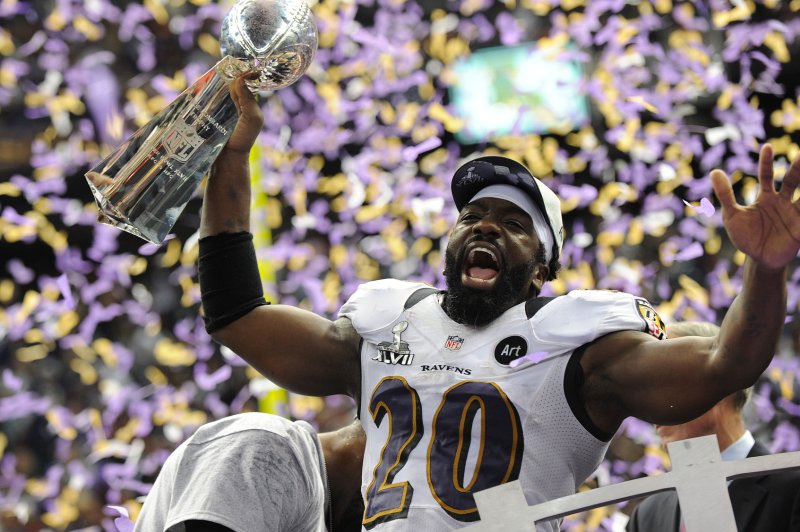 Former Baltimore Ravens safety Ed Reed was teammates with Joe Flacco for five years, but thinks it's time for the quarterback to move to a different franchise. File Photo by Kevin Dietsch/UPI | License Photo

Flacco, 34, lost his starting job to rookie Lamar Jackson in 2018. The 11-year veteran completed 61.2 percent of his passes for 2,465 yards, 12 scores and six interceptions in nine starts last season, posting a 4-5 record as the Ravens' starting quarterback.

"Flacco might be in Jacksonville, man, if he want to win another Super Bowl," Reed said.

Reed added that he had doubts about Flacco being a backup.

Flacco owns a 96-67 record as a starting quarterback. He is the Ravens' all-time leading passer with the most passing yards, touchdowns, interceptions, wins and losses in franchise history.

Reed, 40, played 11 seasons for the Ravens before finishing out his decorated tenure with the Houston Texans and New York Jets in 2013. He was named as part of the class of 2019 Pro Football Hall of Fame inductees Feb. 2.