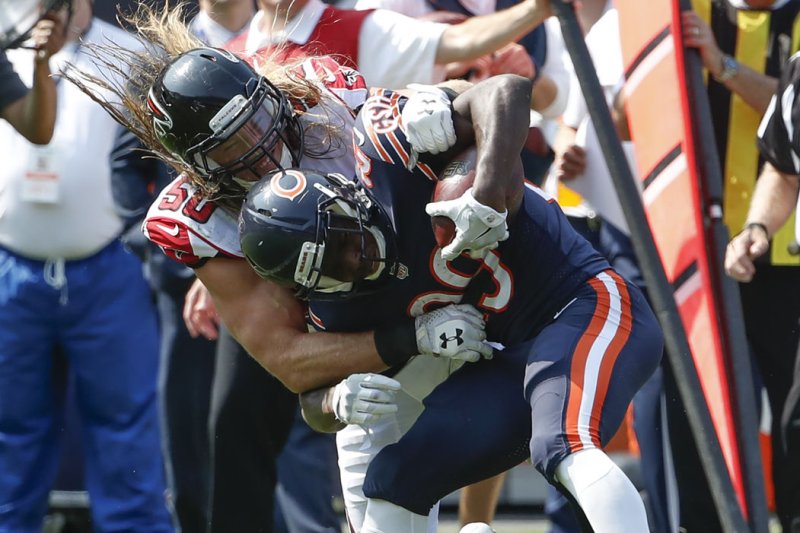 The Cardinals signed Reed to a one-year contract. Sources told the NFL Network the deal is worth about $2 million.

Reed is a native of Tucson, Ariz., and played collegiately at the University of Arizona.

The signing is the second this week for the Cardinals, who also locked up former Falcons cornerback Robert Alford with a three-year deal Thursday. Atlanta cut Reed and Alford to free up salary-cap space.

Reed served as a defensive end with the Falcons, but is likely to switch to linebacker in the Cardinals' 3-4 defensive scheme.

NFL // 17 hours ago
Browns RB Kareem Hunt to miss at least month with calf injury
Oct. 18 (UPI) -- Cleveland Browns running back Kareem Hunt will miss at least a month because of the calf injury he sustained in a Week 6 loss to the Arizona Cardinals, Browns coach Kevin Stefanski said Monday.