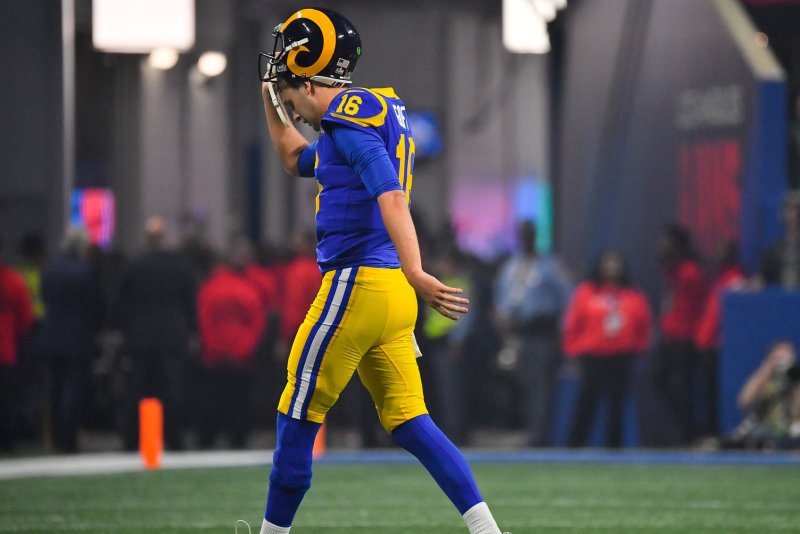 The two-time Pro Bowl selection completed 19-of-38 passes for 229 yards Sunday in Atlanta. He failed to throw a touchdown and tossed a brutal fourth-quarter interception, which essentially sealed the Patriots' victory.

Goff posted a 57.9 quarterback rating, the second-worst mark of his 2018 regular season and postseason campaign. He said he was "numb" after the setback.

"We're trying to process it all, but we know what happened," Goff said. "We got outplayed. We got completely outplayed. Like I said, for an offense like we know we're capable of being, for them to do what they did to us is so impressive, and we tip our cap to them. At the same time, we left so much out there on the field."

Goff added: "That's so hard to take right now, and I'm mad at myself. I wish I would have done some things differently. I wish I could go back and make some plays, but that's all stuff I can learn from and use moving forward."

Goff took the blame for the interception, saying it was a "bad decision." He also said the loss was the worst he has ever had.

"It kills. It is terrible," Goff said. "There are some good things you can take from it, but right now, there is nothing. I wish I would have played better. I wish we would have better on offense and offensively as a whole. I wish I could have had a million plays back, but there is nothing you can do about it. You just have to learn and move forward."

Rams coach Sean McVay called Goff an "elite competitor" and said his play selection "didn't really give [Goff] much of a chance."

The No. 1 pick in the 2016 NFL Draft posted a 71.7 quarterback rating in three postseason games this season. He completed 55.7 percent of his throws for 712 yards, one score and two interceptions during the playoffs.