"I can tell you this: John is the only coach I want to work with," DeCosta said at his introductory press conference Wednesday.

DeCosta has been a member of the Ravens' front office for more than a decade and replaced longtime general manager Ozzie Newsome this offseason. Local newspapers and sports-talk radio have repeatedly speculated that DeCosta and Harbaugh have a stained relationship.

DeCosta said those reports bothered him.

"I would read it, and all I would think to myself is, 'We have enemies out there who are trying to create divisions and cracks and fissures and things like that,'" DeCosta said.

"So I get it. But it did upset me a little bit, I think, because it just wasn't true and it was a personal thing. It wasn't work-related; it wasn't a game or something that would affect the outcome of a game or strategy. It was personal, and it was simply not true."

Harbaugh, who attended the press conference, signed a four-year contract extension with the Ravens last week.

DeCosta added that he and the coach can have differences, particularly over player evaluation, but that such back-and-forth is common in the world of pro football.

"I think what I've learned over the years ... is it's healthy to have disagreements or to see things differently," DeCosta said. "You have to make the best decision for the organization, and you do that by talking about things, not running from them, not closing your door. You talk about these things. You confront the issue." 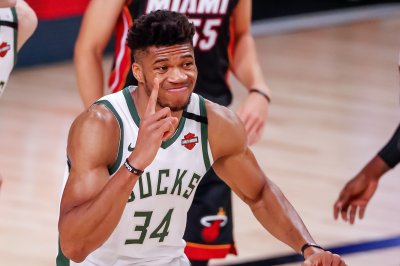