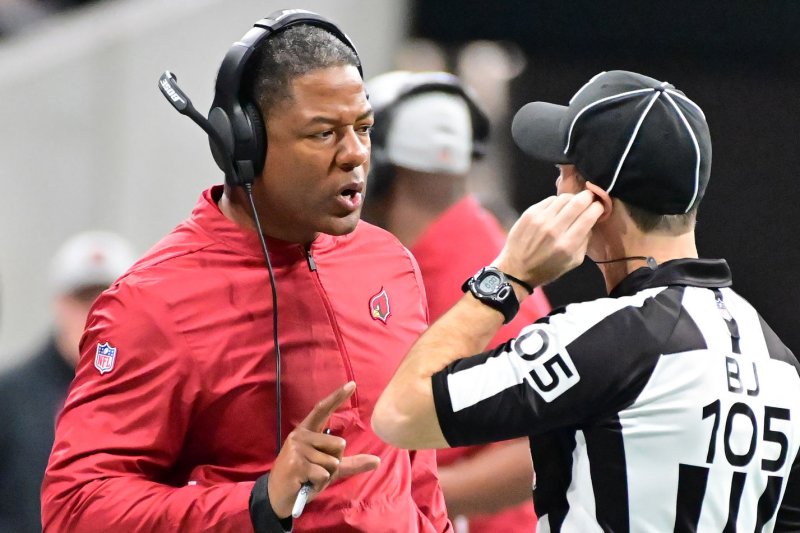 Jan. 8 (UPI) -- University of Southern California offensive coordinator Kliff Kingsbury is meeting with the Arizona Cardinals on Tuesday regarding their head coaching vacancy.

A source told NFL Network that Kingsbury spent Monday impressing the New York Jets during another meeting. The Cardinals have been interested in Kingsbury for some time, according to the report.

Kingsbury, 39, was initially blocked from interviewing with NFL teams after being hired last month to serve as the Trojans' offensive coordinator. It is unknown if he has resigned from that role in order to complete the interviews with several interested NFL franchises.

Kingsbury went 35-40 in six seasons as the head coach for Texas Tech. He was fired from that post in November. He has coached numerous NFL quarterbacks, including Johnny Manziel, Patrick Mahomes, Baker Mayfield, Case Keenum and Davis Webb as either a head coach or an offensive coordinator.

He is still listed as the Trojans' offensive coordinator/quarterbacks coach in the athletic department directory.