Green Bay's 6-9-1 season ended with Aaron Rodgers getting knocked out of Sunday's 31-0 loss to the Detroit Lions with a concussion. That was dubious and fitting way for the season to come to a close.

Offensive lineman Justin McCray was surprised that Rodgers stayed in the game briefly after being tackled on a sack by Lions linebacker Jarrad Davis. The hit sent Rodgers' helmet flying off.

"Honestly, (Rodgers) seemed normal, but he knew more than we did," McCray said. "That was a pretty big hit. We commend him for even trying to stay in there longer. But I'm glad he got out of there when he did."

Rodgers left for good after playing three series, all of which ended in punts after three-and-outs. Early in the second quarter, Rodgers walked under his own power to the Packers locker room for concussion protocol.

RELATED Patricia not ready to make Lions coaching moves yet

He was later taken by ambulance to a local hospital for evaluation and observation. He was then allowed to return to Lambeau Field and was in the locker room with his teammates when the game ended.

Interim head coach Joe Philbin said he met with Rodgers on the Packers' sideline after each of those three series.

"(After the first series), I went to the bench there and apologized for the great second-and-10 call that got him sacked. But he seemed OK. . . . He and I we spoke after that third series and he said he was getting evaluated (for a concussion)," Philbin said.

"He got emotional. I just think that needs to be said," Linsley said of Rodgers. "For that guy to come over to us and rally around us and tell us he wasn't going (back in) and he was devastated about it - honestly, that meant a lot to us. That just shows you what kind of guy he is, honestly."

Rodgers did not want to leave the game. He told his teammates that he wanted to play the whole way, just as he did against the New York Jets last week in an overtime win.

"I had talked with Aaron actually before the game. I said, 'How long are you playing?' He said, 'I'm going the distance.' I said, 'All right, I'll be out there with you in the fourth.' But it didn't play out like that," linebacker Clay Matthews said. "It's unfortunate because Aaron means so much to this team and gets us going. After that (concussion) happened, (the Lions) got up early and really took over this game."

--LT David Bakhtari's hip injury suffered against the Jets last week flared up against Detroit and he was forced to leave the game early.

--LG Lucas Patrick suffered an abdominal injury against the Jets and he too aggravated it, forcing his early exit Sunday.

--WR Davante Adams was inactive because of the knee injury he sustained last week against the Jets, denying him a chance at a pair of franchise single-season receiving records. Adams finished the season with 111 receptions (one shy of Sterling Sharpe's 1993 record of 112) and 1,386 receiving yards (133 shy of Jordy Nelson's 2014 record of 1,519).

--TE Evan Baylis was signed to the practice squad last week and then was signed as a free agent after Sunday's season-ending loss to the Lions.

--DT Kenny Clark (elbow) was placed on injured reserve before the game against Detroit. 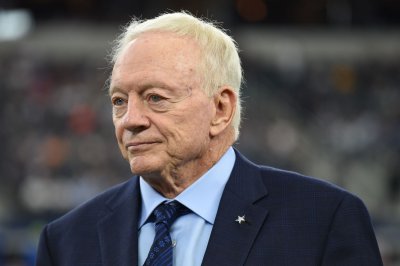