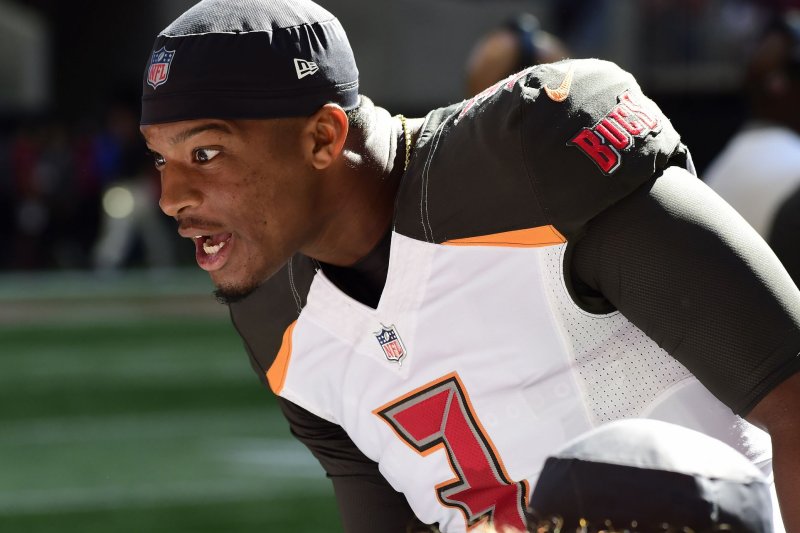 The Tampa Bay Buccaneers plan to bring back Jameis Winston as their starting quarterback for the 2019 season, according to a published report Sunday.

ESPN's Adam Schefter reported, citing sources, that the Buccaneers believe that Winston still represents the future of the franchise. The team also doesn't see a better option than Winston either in the expected free-agent market or the 2019 NFL Draft.

Winston is due to make $20 million next season and will be heading into his fifth-year option with the Buccaneers.

The 24-year-old Winston enters Sunday's season finale against the Atlanta Falcons with 2,647 passing yards to go along with 15 touchdowns and 13 interceptions in 10 games in 2018. He has also rushed for a career-best 258 yards and one score.

Winston, who was the top overall pick of the 2015 NFL Draft by the Buccaneers, served a three-game suspension from the NFL for violating the league's personal conduct policy stemming from his incident with an Uber driver.

The 6-foot-4, 231-pound Winston became the first quarterback in NFL history to throw for over 4,000 yards in each of his first two seasons. He was hampered by a shoulder injury in 2017, limiting him to a career-worst 3,504 passing yards with 19 touchdowns in 13 games.