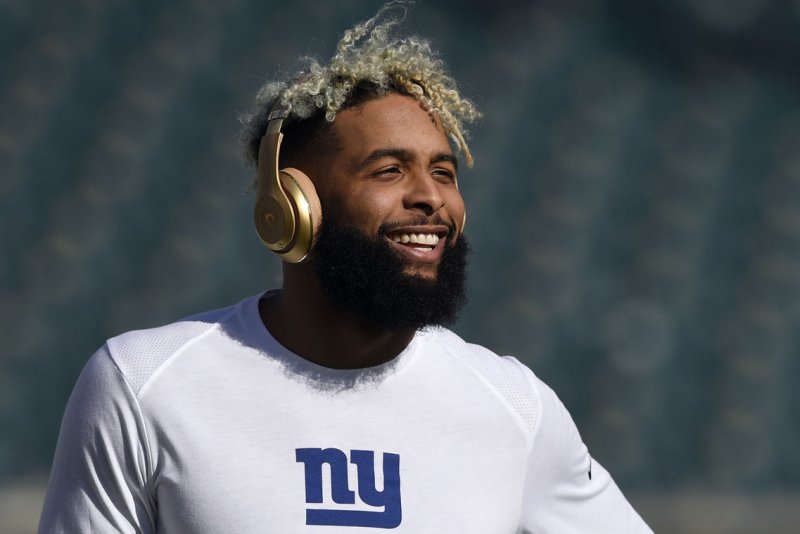 New York Giants wide receiver Odell Beckham warms up prior to an NFL football game against the Philadelphia Eagles on November 25 at Lincoln Financial Field in Philadelphia. Photo by Derik Hamilton/UPI | License Photo

Dec. 28 (UPI) -- The New York Giants will be without superstar Odell Beckham Jr. for the fourth consecutive game on Sunday against the Dallas Cowboys.

Giants coach Pat Shurmur officially ruled Beckham out when he met with reporters on Friday. Beckham finishes his 2018 campaign with 1,052 yards and six touchdowns on 77 receptions in 12 games. The three-time Pro Bowl selection has played in a total of 16 games in the last two seasons combined due to multiple injuries.

"We were right there so many games but just couldn't get over the hump ... this season definitely didn't go the way we wanted but you take it as a learning lesson," Beckham told reporters Friday.

Beckham pulled in three catches for 35 yards and a score -- while being targeted nine times -- in his last game, a 30-27 win on Dec. 2 against the Chicago Bears. He suffered the quad injury in a practice the following week.

The Giants and Cowboys kickoff at 1 p.m. on Sunday at MetLife Stadium in East Rutherford, N.J.