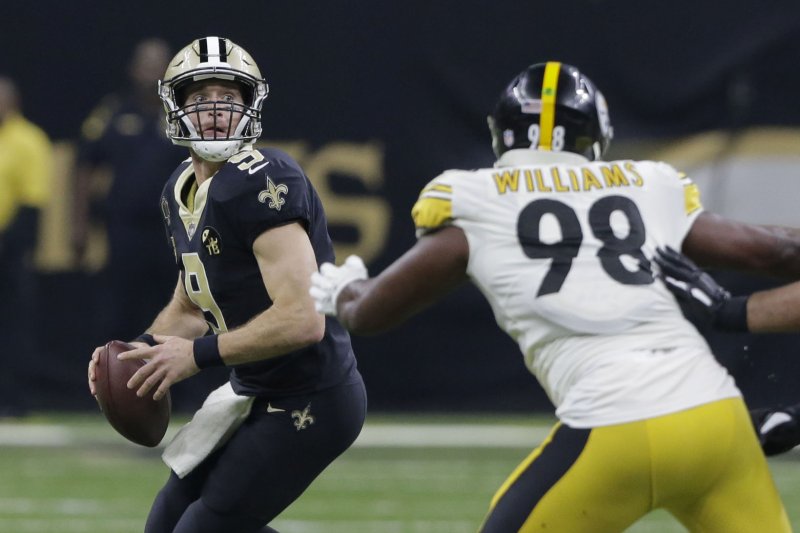 METAIRIE, La. -- The New Orleans Saints have earned the opportunity to rest key players in their regular-season finale.

Their 31-28 victory against Pittsburgh on Sunday improved their record to 13-2 and clinched the No. 1 seed in the NFC playoffs. Nothing that happens against Carolina this coming Sunday in the Mercedes-Benz Superdome can change that.

So will Saints head coach Sean Payton take advantage of the opportunity and give quarterback Drew Brees a break and backup Teddy Bridgewater an opportunity? Will he hold out various members of a beat-up offensive line, knowing the first playoff game won't be until Jan. 12 or 13?

"We'll see," Payton said after the victory over the Steelers in the Superdome.

Payton wasn't much more forthcoming when the topic was broached again Monday.

"That's not the approach we're looking at it like," Payton said. "I said yesterday when I was asked that question we're going to prepare to play Carolina and continue to work on getting better in the areas we need to."

So Payton plans to utilize his players the same he would if this week's game had a significant impact on New Orleans' playoff positioning?

"I'm going to specify for the fourth time. You ready?" Payton said. "I can't be any more clear. We are going to approach this game just like we would a regular-season game and if there's any changes to the lineups, I'll keep you posted. I'm done answering that question. That's four in the last 24 hours."

So, to be clear, nothing has changed, until it changes.

"For us, it is just staying on course with our practice habits and preparation," quarterback Drew Brees said. "Having a chance to get some guys healthy, which I think is the biggest part of that first-round bye. That is something that will be much needed and when it's time to get back to work we will get back to work."

The Saints' offense had its best performance in a month against the Steelers, though they had just 57 yards rushing.

"We take pride in running the ball and I think we could've done a little bit better job in some aspects there," tackle Ryan Ramczyk said. "Overall, we got the win and that's what we play for."

New Orleans allowed its most points in seven games, but the defense came up with two key takeaways in the fourth quarter.

As a result the Saints have three weeks to prepare for the next meaningful game, which will be a divisional playoff in the Superdome.

"All the goals we set during the spring, OTAs, and before the season; we've just been crossing them off," safety Vonn Bell said. "Win the division, getting home-field throughout the playoffs, and we'll just keep on checking and checking off. The work isn't done and that's what I love about this group. We never get complacent. We're always hungry and eager for the next mission and the next assignment.

"We just go out there and go to work every week. That's why I am saying hats off to this group and what kind of guys we have in the locker room. We'll just keep on working to the greater goal. We're just waiting for our next assignment. I think we stepped up to the plate this past weekend. Finishing it off and clinching home field. Now we're just waiting on our next assignment."

OL Andrus Peat has played three different spots on the line during the last two games. He's the starting left guard and moved to left tackle a week ago after Jermon Bushrod was injured against Carolina. He was back at his normal position against the Steelers, but moved to right tackle briefly when Ryan Ramczyk was sidelined temporarily because of a sprained ankle.

RB Alvin Kamara also pushed McAllister down a notch in the record book. Kamara scored two touchdowns Sunday, giving him 14 for this season and breaking the record that McAllister shared with RBs George Rogers and Dalton Hilliard. Kamara, the NFL's Offensive Rookie of the Year last season, had 82 receiving yards, joining Herschel Walker as the only players in NFL history to have 1,500 rushing yards and 1,500 receiving yards in their first two seasons.

WR Ted Ginn Jr. had a significant impact in his first game since returning from injured reserve on Saturday. Ginn, who hadn't played since October because of a knee injury that required arthroscopic surgery, caught five passes for 74 yards, including a crucial 25-yard grab on third-and-20 to set up the winning touchdown late in the fourth quarter.

K Wil Lutz's record didn't last long. He kicked a 43-yard field late in the second quarter Sunday for his 26th consecutive field goal, breaking a tie with Pro Football Hall of Famer Morten Andersen for the franchise record. Then in the fourth quarter the streak ended when the Steelers blocked Lutz' 50-yard attempt. 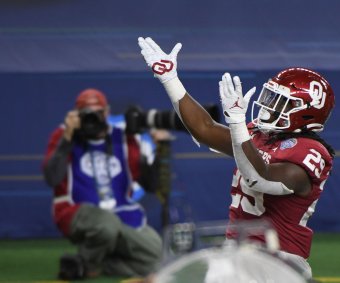