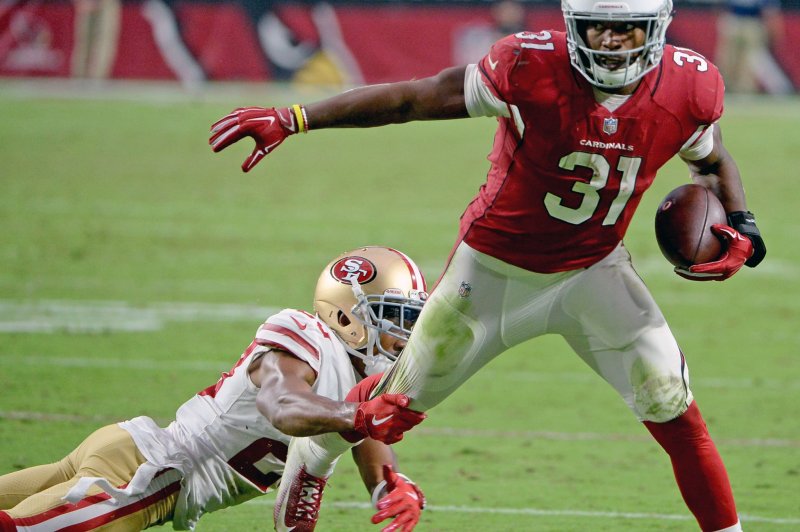 The San Francisco 49ers picked up an encouraging 26-23 overtime win over the Seattle Seahawks on Sunday, but they lost a starting cornerback in the process.

Coach Kyle Shanahan announced Monday that cornerback Ahkello Witherspoon suffered a sprained posterior cruciate ligament in his knee and will be placed on injured reserve. That means his 2018 season is over.

Rookie Tarvarius Moore will replace Witherspoon in the starting lineup.

Shanahan would like to have seen Witherspoon play two more games to be able to judge his progress.

"Wish he could've finished these last two games," Shanahan said. "I think he definitely was finishing better than he started. But, his story is not written yet. He's got to improve. Hopefully, he'll come back here ready to go next year and take off the way he finished."

Shanahan admitted that Witherspoon did get better as the season wore on.

"I thought he got a lot better in his coverage," Shanahan said. "Just more consistent. Playing a little more physical in his coverage, too. I know he had some PI calls over the last month, ones that I wouldn't want him to play differently. I thought he did a real good job on all those. I liked how he got more aggressive throughout the year."

Witherspoon suffered the injury in the first quarter of Sunday's game, attempting to tackle Seahawks running back Chris Carson.

He played in 14 games this season and started in 12 of them. Witherspoon had 37 total tackles and four passes defensed.

Witherspoon was replaced by Moore, who gave up a touchdown pass to Seahawks wide receiver Doug Baldwin but later broke up two passes.

RELATED Panthers' Rivera not ready to shut down Newton yet

Moore has played in 14 games, but Sunday will be his first NFL start.

"Yeah, I was excited to see him play," Shanahan said. "I know they challenged him a number of times and he missed some plays, but I liked how he rebounded throughout the game.

"Stuff that he struggled on earlier, I thought he did better in the fourth quarter. He plays physical. He doesn't mind hitting."

RELATED Panthers' Rivera not ready to shut down Newton yet

--RB Matt Breida suffered a sprained ankle in Sunday's game, but he is expected to be ready for Sunday's game against the Chicago Bears.

--CB Tarvarius Moore suffered a rib injury in Sunday's game, but he is expected to play on Sunday.

--S Jaquiski Tartt is dealing with a stinger. Coach Kyle Shanahan said he would have a better idea on Wednesday as to whether Tartt will be able to play on Sunday.

--CB K'Waun Williams suffered a knee injury on Sunday, and the team will know later in the week whether he will be available Sunday.

--QB Nick Mullens has led the 49ers to two straight victories. In Sunday's 26-23 overtime victory over Seattle, Mullens completed 20 of 29 passes for 275 yards, one touchdown and no interceptions.