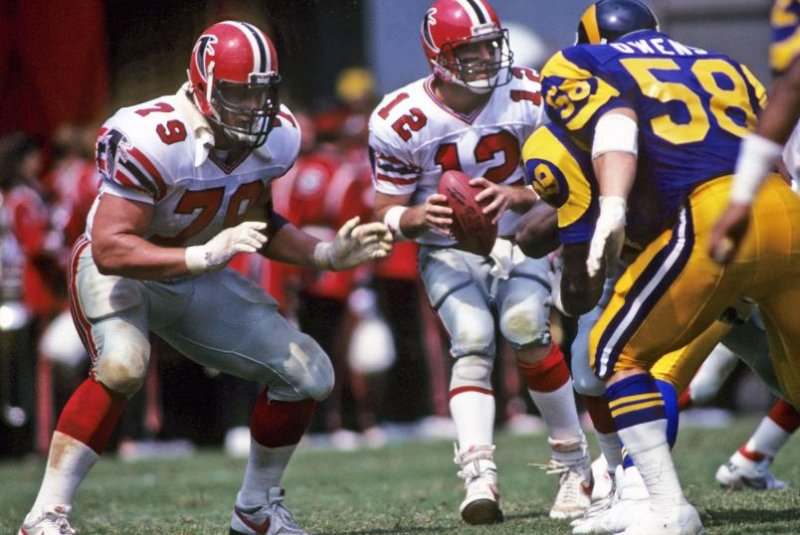 Former NFL All-Pro guard Bill Fralic died Friday after a lengthy battle with cancer. He was 56.

Fralic's passing was announced by the University of Pittsburgh, where he was named a three-time All-American during the early 1980s.

"Bill is truly one of the iconic figures in the history of Pitt Athletics," Panthers athletic director Heather Lyke said in a statement. "He set a tremendous standard for our current generation of student-athletes, not only as an athlete but also for what he went on to accomplish once his playing days concluded. Bill's reputation for giving back might even transcend his Hall of Fame football career. He was a passionate supporter of Pitt and Penn Hills. Our deepest sympathies to his wife, Susan, and his many loved ones and friends."

Fralic was the No. 2 overall pick of the Atlanta Falcons in the 1985 NFL Draft.

A tackle at Pitt, Fralic was shifted to guard with Atlanta and earned First-Team All-Pro honors in his second and third seasons. That started a string of four straight years in which Fralic was named to the Pro Bowl team.

Fralic played eight seasons for the Falcons before ending his nine-year career by starting all 16 games for the Detroit Lions in 1993.

Fralic made history while at Pittsburgh, becoming the first offensive lineman to finish among the top 10 in the Heisman Trophy voting on two occasions.