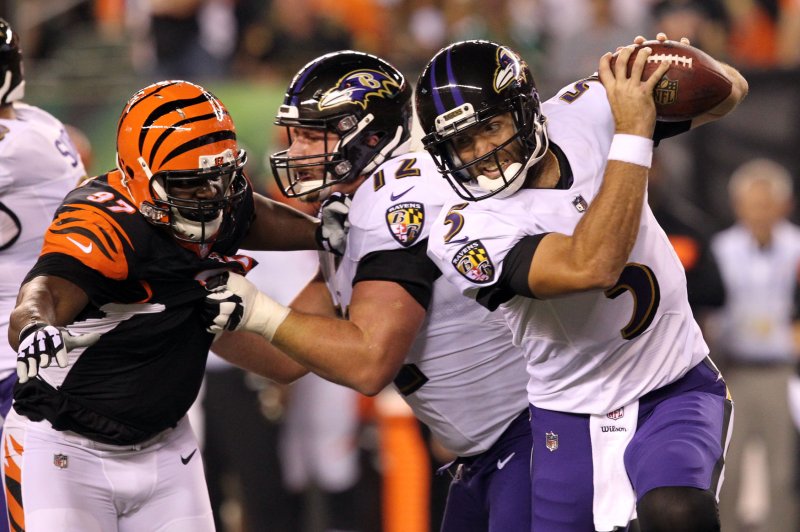 Quarterback Joe Flacco of the Baltimore Ravens was a full participant in practice on Friday, but still might not be back on the field on Sunday against the Kansas City Chiefs.

Flacco, who has missed the last three games because of a right hip injury, officially is listed as questionable, and if he does suit up he probably will be the backup to rookie Lamar Jackson.

Jackson, the 2016 Heisman Trophy winner from Louisville who was the 32nd pick in the first round of this year's draft by Baltimore, has led the Ravens (7-5) to three straight victories with Flacco sidelined.

"Yeah, there's a scenario for that, sure," Ravens head coach John Harbaugh said when asked if Flacco might suit up and play behind Jackson.

Harbaugh hasn't given any indication that Flacco remains the starter, even when he is healthy, or if he is staying with Jackson because he has the hot hand.

The Chiefs (10-2) will present Jackson with his biggest challenge, as he has led the Ravens to victories over the Cleveland Browns (4-7-1), Oakland Raiders (2-10) and Atlanta Falcons (4-8).

If the rookie can play well against the Chiefs, it might mean he will remain the Ravens' starting quarterback for the rest of the season and perhaps into next year.