Baltimore Ravens running back Alex Collins (34) drives for yardage in front of New Orleans Saints linebacker A.J. Klein (53) during the first half of an NFL game on October 21 at M&T Bank Stadium in Baltimore. Photo by David Tulis/UPI | License Photo

Collins, 24, had 411 yards and seven scores on the ground in 10 starts this season. He also had 105 yards and a score on 15 receptions. He sat out the Ravens' Week 12 game due to a foot injury and has not been practicing.

The Ravens battle the Atlanta Falcons at 1 p.m. on Sunday at Mercedes-Benz Stadium in Atlanta. 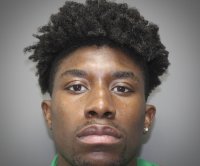 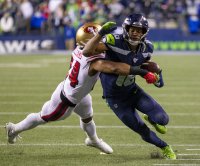