Linebacker Reuben Foster, who was waived by the San Francisco 49ers on Sunday, has been claimed by the Washington Redskins, the team announced Tuesday.

Foster has a charge of misdemeanor domestic violence pending as the result of an alleged incident on Saturday. Foster will not be permitted to practice or play in games for the Redskins until further notice because the NFL placed him on the Commissioner's Exempt List while the league reviews his arrest.

"Today we have claimed the rights to LB Reuben Foster. The Redskins fully understand the severity of the recent allegations made against Reuben. If true, you can be sure these allegations are nothing our organization would ever condone. Let me be clear, Reuben will have to go through numerous steps including the full legal process, an investigation and potential discipline from the NFL, as well as meetings with counselors associated with the team before he will ever have the opportunity to wear the Burgundy and Gold as a player.

RELATED Richard Sherman: 49ers did 'what they had to do' with Reuben Foster

"That being said, we decided to investigate the situation with Reuben further by claiming his rights after candid conversations with a number of his ex-Alabama teammates and current Redskins players who were overwhelmingly supportive of us taking this chance. Nothing is promised to Reuben, but we are hopeful being around so many of his former teammates and friends will eventually provide him with the best possible environment to succeed both personally and professionally."

If charges are filed, a suspension could be imposed.

If he becomes available to play, Foster gives the Redskins a quality defensive player who was a first-round pick in the 2017 NFL Draft. He started 10 games for the 49ers last season and six this year, when he recorded 29 total tackles.

However, Foster has been accused of domestic violence on multiple occasions, which could cause an unfavorable reaction from the public. 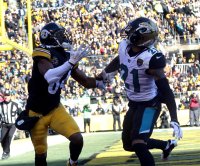 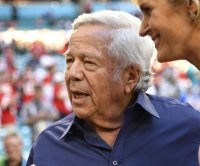