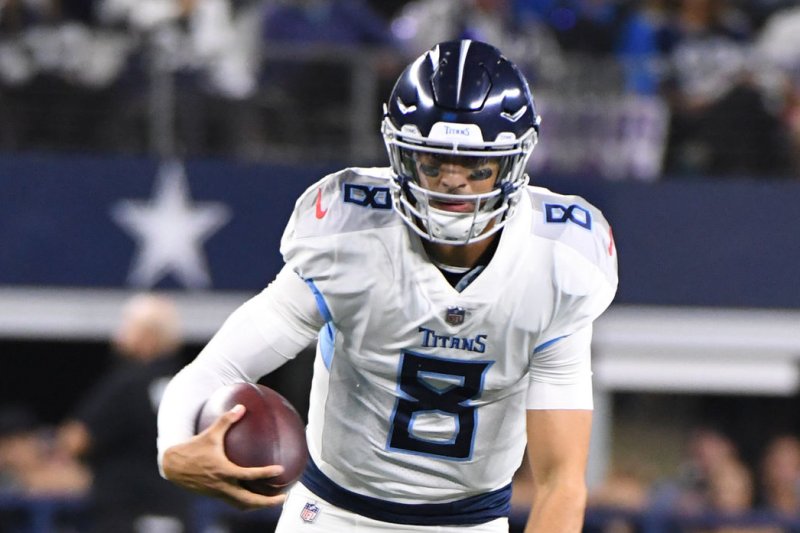 Quarterback Marcus Mariota of the Tennessee Titans, who left last Sunday's game against the Indianapolis Colts because of what originally was called an elbow injury, was limited in practice on Wednesday.

Head coach Mike Vrabel said this week that Mariota actually sustained a stinger when he was sacked late in the second quarter by Colts defensive lineman Tyquan Lewis.

Mariota did not return against the Colts in the second half and Blaine Gabbert replaced him at quarterback as the Titans (5-5) went down to a 38-10 defeat.

Vrabel indicated that Mariota might have been able to return to the game, but that the Titans decided to play it safe and possibly prevent a long-term injury.

Mariota told reporters after practice on Wednesday that that he was able to grip the football without any problem despite the injury and that he expects he will be able to play against the Houston Texans even without a full week of practice.

"I was able to go through individual (drills), and I am taking it one day at a time, but it felt pretty good today," said Mariota, who reiterated that his current ailment is not related to an elbow injury he had earlier in the season.

Working in his favor is the fact that the Titans have an extra day of preparation because they don't play the Texans (7-3) in a key AFC South game until Monday night.