Cincinnati Bengals head coach Marvin Lewis leaves the field after a game against the Arizona Cardinals on November 22, 2015 at University of Phoenix Stadium in Glendale, Arizona. File photo by Art Foxall/UPI | License Photo

Brown sustained a knee injury in the third quarter of the Bengals' 51-14 loss to the New Orleans Saints on Nov. 11.

The 26-year-old Cincinnati native sat out Sunday's 24-21 setback to the Baltimore Ravens.

"It's the NFL," Brown said last week. "Guys have to step up when they're called in. We've got to rely on those guys, and the hurt guys have to bring those guys along."

Brown, who tied for the NFL lead with 144 tackles in 2017, has recorded 42 tackles and two interceptions in seven games this season. He missed two contests after sustaining an ankle injury in the season opener, marking the first time in his five-year career that an injury kept him out of a contest.

Hardy Nickerson filled in for Brown last week and registered 11 tackles against the Ravens.

Brown, who is listed at 6-foot-1 and 255 pounds, has collected 554 tackles, five interceptions and one sack in 71 career contests with the Buffalo Bills and Bengals. He was selected by the Bills in the third round of the 2014 NFL Draft. 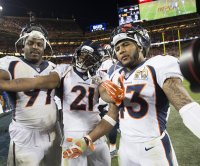 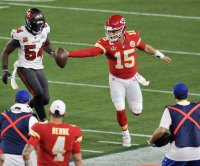