Redskins safety D.J. Swearinger out for revenge vs. Texans

Washington Redskins safety D.J. Swearinger (36) celebrates his fumble recovery against the Dallas Cowboys in the first half of play on October 21, 2018 at FedEx Field in Landover, Maryland. Photo by Tasos Katopodis/UPI | License Photo

Safety D.J. Swearinger has his eyes set on revenge when the Washington Redskins face the Houston Texans on Sunday.

"Houston bashed my name pretty bad," said Swearinger, who was selected by the Texans in the second round of the 2013 NFL Draft before being released during the 2015 offseason.

The Buccaneers claimed him off waivers the following day, with Swearinger insisting that he didn't get an honest shake in Tampa Bay -- and for a specific reason.

"I never got a fair chance from Tampa," the 27-year-old Swearinger said. "I remember my first interview with Lovie [Smith], he asked me about all the things Houston bashed me on. I was sitting there shocked like, 'They really said that about me? This is horrible.' I took that and put that chip on my shoulder, like I never got that fair opportunity."

Swearinger, who leads the Redskins (6-3) with four interceptions to go along with 34 tackles and two forced fumbles, said he was partial to Gary Kubiak as the Texans head coach before Bill O'Brien took over in 2014.

"Kubiak let me be myself, let me do whatever as long as I played ball," the 5-foot-10, 205-pound Swearinger said. "O'Brien was a control guy: 'You can't do this. You can't do that.' It came to a point where the DB coach [John Butler] took something I said wrong about the film and told coach O'Brien. I remember it like it was yesterday. We stopped the walk-through. He cut the walk-through short. O'Brien talked to me and all the defensive coaches and chewed me out, dog. I'll never forget that. I'm like, 'Dang.'"

When asked if Swearinger's maturity was an issue in Houston, O'Brien said, "No. Every player that comes into the league, no matter who you are, it is a tough transition from college to professional football and then on top of that you have a coaching change that DJ had to deal with." 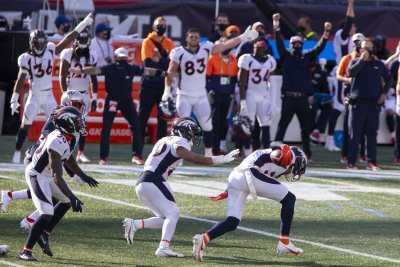