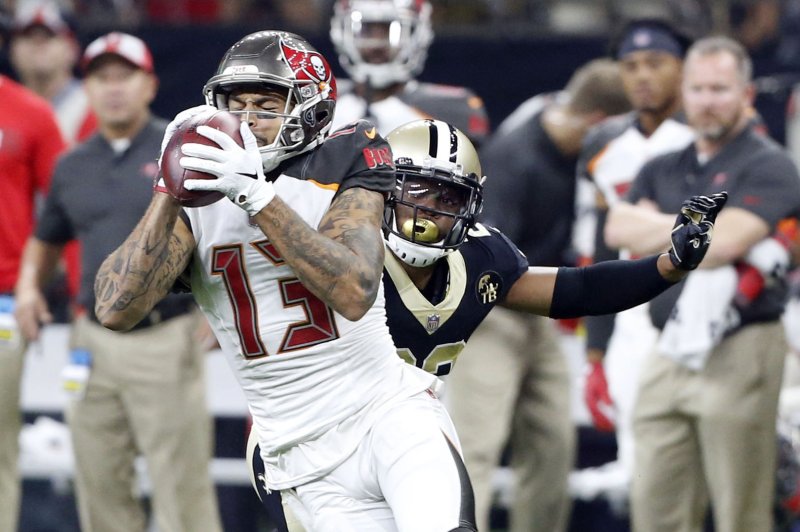 The Bucs have yielded 12 sacks over the past three games, and all three sacks Tampa Bay gave up on Sunday were by Mario Addison.

Koetter said Addison was aided by miscommunication by the Tampa Bay offense.

"We got beat by communication instead of getting beat physically," Koetter said.

Those two sacks resulted in a loss of 19 yards, and helped give Carolina a short field when Tampa Bay punted.

Addison's final sack was simply a matter of Addison beating offensive tackle Donovan Smith. Not only did Addison sack Tampa Bay quarterback Ryan Fitzpatrick, but forced a fumble, although it was recovered by center Ryan Jensen.

Evans had his worst day of the season. He was targeted 10 times, but had just one reception for 16 yards. It was the first time this season he had fewer than four catches, or fewer than 58 receiving yards in a game. He was defended by Carolina's James Bradberry, but Koetter did not think that was the problem.

"Mike had a rough day yesterday," Koetter said. "That may have been as poor as I've seen Mike play in my time here. Typically he has had good days against Bradberry, so we had a lot game-planned for him."

RELATED Matt Ryan, Falcons run over Redskins to even record 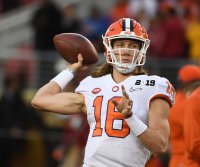 NFL // 14 hours ago
Trevor Lawrence, Jaguars' likely No. 1 pick, donating $20K to Jacksonville charities
April 18 (UPI) -- Former Clemson Tigers quarterback Trevor Lawrence, who is expected to be the Jaguars' pick at the top of this month's NFL Draft, and his wife, Marissa, plan to donate $20,000 to charities in Jacksonville.