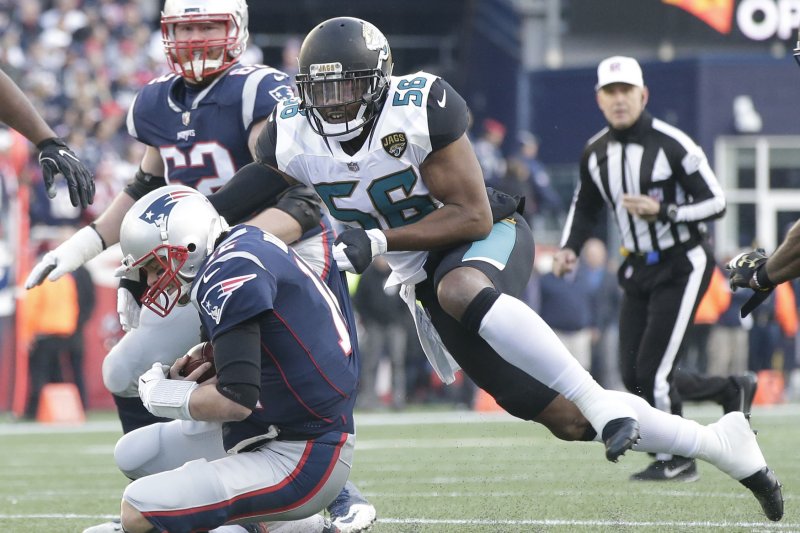 The Los Angeles Rams acquired pass rusher Dante Fowler from the Jacksonville Jaguars in exchange for a 2019 third-round draft pick and a 2020 fifth-round pick, the Jaguars announced on Tuesday.

The Rams believe they had solidified the interior of their defensive line with Aaron Donald and Ndamukong Suh. They needed an edge rusher, and they think they have one in Fowler, an outside linebacker/defensive end.

The Rams have 22 sacks this season, which ties them for eighth in the league.

Fowler has started only one game in his three-year NFL career, but he has 14 sacks, including two in seven games this season and eight in 16 games in 2017. He also forced a fumble this season.

He played only 32.7 percent of Jacksonville's defensive snaps this season.

Fowler, who was the third overall pick in the 2015 NFL Draft, has had discipline and injury issues. He missed his entire rookie season with a torn left ACL and was sidelined in the preseason because of a left shoulder injury.

Fowler was suspended for the first game of the 2018 season for violating the league's personal conduct policy.

Fowler is in the final year of his rookie contract. The Jaguars did not pick up his fifth-year option.