Tampa Bay Buccaneers head coach Dirk Koetter works the sideline during the first half of an NFL game on October 14, 2018 at Mercedes-Benz Stadium in Atlanta. Photo by David Tulis/UPI | License Photo

An MRI on the knee of Tampa Bay Buccaneers rookie defensive tackle Vita Vea revealed that his ACL was intact, ESPN's Adam Schefter reported on Monday.

Vea, who was the 12th overall pick of the 2018 NFL Draft, was injured during Sunday's 37-34 setback to the Cincinnati Bengals. The team reportedly feared that the 23-year-old Vea had a torn ACL.

The 6-foot-4, 347-pound Vea recorded two tackles in four games this season. He missed the first three contests with a strained calf muscle.

Gerald McCoy, Beau Allen and Rakeem Nunez-Roches will headline the defensive tackle rotation for the Buccaneers (3-4), who have answered a strong start by losing four of their last five games. Tampa Bay will look to rebound on Sunday (1 p.m. ET) when they visit the Carolina Panthers (5-2).

Vea also was injured at the NFL Scouting Combine, pulling a hamstring while running the 40-yard dash. Before the injury, Vea lived up to the pre-Combine buzz as one of the most explosive players in the draft, registering a speedy 5.10 seconds in the 40-yard dash and benching 225 pounds an astounding 41 times.

The 2017 Pac-12 Defensive Player of the Year after recording 43 tackles and 3.5 sacks last season at the University of Washington, Vea helped lead the Huskies to the College Football Playoff in the 2016 campaign. 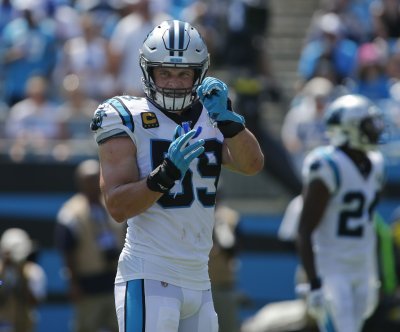