San Francisco 49ers wide receiver Pierre Garcon has caught the eye of multiple teams with the NFL's trade deadline approaching, according to a published report.

ESPN's Adam Schefter reported that the 49ers have received calls from at least three other teams in the past week involving Garcon.

Garcon, who is nursing both knee and shoulder injuries, has been ruled out of Sunday's game against the NFC West-rival Arizona Cardinals (1-6) at State Farm Stadium.

The 32-year-old Garcon has 21 receptions for 230 yards in seven games this season. His catch total and targets (41) are second on the 49ers (1-6) behind tight end George Kittle, while his receiving yards are third-best behind Kittle and fullback Kyle Juszczyk.

Garcon is scheduled to make $6.6 million in base salary this season and $5.6 million next season.

The 6-foot, 211-pound Garcon has made 625 catches for 7,798 yards for 37 touchdowns in 147 career games with the Indianapolis Colts, Washington Redskins and 49ers. Garcon was selected by the Colts in the sixth round of the 2008 NFL Draft.

Kendrick Bourne and rookie Dante Pettis likely will pick up the slack with Garcon sidelined. Bourne has 10 catches and two touchdown grabs while Pettis has three receptions and a score. 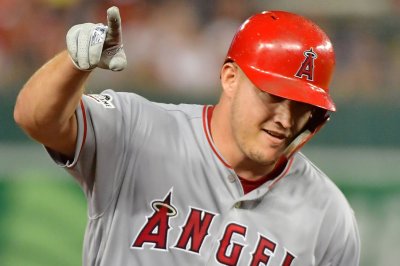