Rams' Aaron Donald in position to take down sacks mark 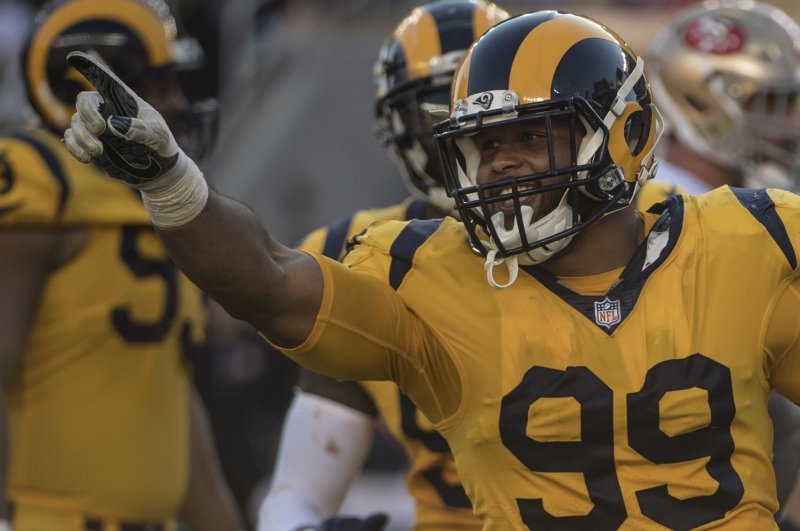 If he keeps up his current pace for the unbeaten Rams, Donald could earn a more permanent place in the NFL record books.

That performance gave Donald a share of the NFL lead with 8.0 sacks and put him on pace to not only eclipse his career high of 11 -- set in 2015 and matched last season -- but also to shatter the career record for defensive tackles.

The reigning NFL Defensive Player of the Year has recorded 47 sacks in 69 games over four-plus seasons and is on track to top the current league mark of 137.5 for a defensive tackle, set by Minnesota's John Randle.

"He's relentless, is one of the best ways that you can put it," Rams coach Sean McVay said, per the Los Angeles Daily News. "When you go back and you just tally up all the plays that he's made, and how he's getting there and affecting and influencing the game in a variety of ways from his position, it's really impressive.

Donald is tied for the league lead with defensive end Danielle Hunter of the Vikings despite failing to post a sack in each of the first three games of the season.

No defensive tackle has led the NFL in sacks since La'Roi Glover piled up 17 for the New Orleans Saints in 2000. Glover and Randle (1997) are the only tackles to finish a season with the most sacks

The fifth-year veteran out of Pittsburgh, who earned Pro Bowl honors in each of his first three seasons and was a first-team All-Pro in the past three years, skipped the entire offseason and preseason due to a contract stalemate with Los Angeles.

The Rams finally rewarded Donald with a six-year, $135 million contract at the end of August, the richest pact ever given to a defensive player. That status was short-lived after the Chicago Bears acquired Khalil Mack and signed him to a six-year, $141 million extension just a few days later.

The 6-foot-1, 280-pound Donald also missed the entire preseason a year ago but went on to amass the 11 sacks, a club-best five forced fumbles, 27 quarterback hits, one fumble recovery and two passes defensed in 14 games as the Rams won the NFC West title.

Donald started his sack spree by collected a pair against Minnesota in Week 4 before his dominating performance against division rival San Francisco. He also had a forced fumble and another tackle for loss in that game.

"You don't see those kind of games very often by a defensive player who dominates a game like that," Los Angeles defensive coordinator Wade Phillips said. "I've been very lucky to be around some great ones, and they've done it every once in a while, and it's a tremendous accomplishment and obviously helps your team so much.

"It lifts your team when he's making all kinds of plays like that."

A first-round pick (No. 11 overall) in 2014, Donald has helped the undefeated Rams (7-0) to the best record in football. They will try to keep that perfect mark intact against two-time NFL Most Valuable Player Aaron Rodgers and the visiting Green Bay Packers on Sunday.

"He's a menace inside," Rodgers told the media earlier this week. "You've got to try to find a way to get bodies on him and slow him down with different looks." 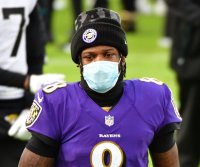