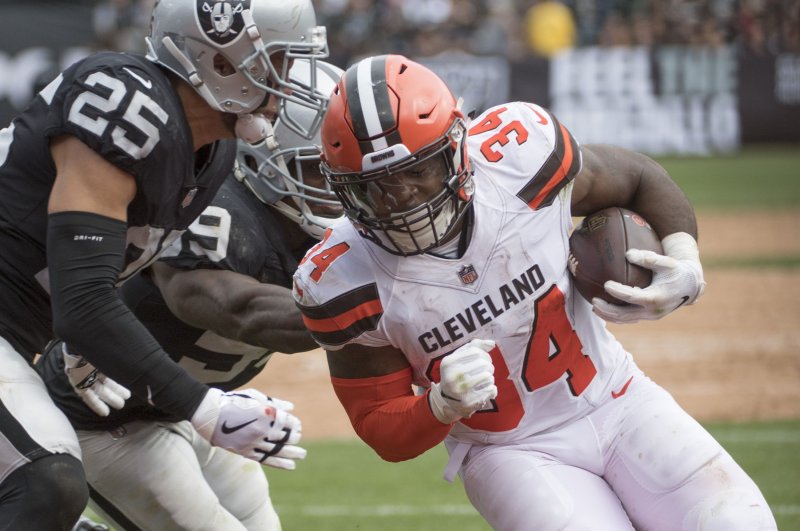 Hyde was acquired in a trade with the Cleveland Browns on Friday in exchange for a fifth-round draft pick next year.

To clear a roster spot for Hyde, Jacksonville placed rookie offensive lineman Will Richardson Jr. on injured reserve due to a knee injury. Richardson was a fourth-round pick in this year's draft.

Hyde is not expected to play in Sunday's game against AFC South rival Houston.

The Jaguars are thin at running back with Leonard Fournette ruled out due to a hamstring injury. It will mark the third consecutive game missed by Fournette, who has appeared in parts of two contests this season. Backup running back Corey Grant also went on IR last week, prompting the team to sign veteran Jamaal Charles.

T.J. Yeldon is expected to get his third start in a row for Jacksonville, which is tied with the Texans and Tennessee Titans atop the division with 3-3 records.

Although he was limited to 41 yards on eight carries in last week's 40-7 drubbing in Dallas, Yeldon has rushed for 299 yards and a touchdown and has 25 catches for 223 yards and three scores.

RELATED Fantasy Football Who's In, Who's Out: Week 7 NFL injury report

The 6-foot, 229-pound Hyde was leading the Browns with 382 rushing yards and five touchdowns. He signed with Cleveland during the offseason as an unrestricted free agent.

A second-round pick of San Francisco in the 2014 NFL Draft, Hyde spent his first three seasons with the 49ers before signing with the Browns.

Fournette led the Jaguars in rushing with 1,040 yards and nine touchdowns in 13 games as a rookie in 2017, but the former No. 4 overall draft pick has been limited to 71 yards on 20 rushes this season.

There have been multiple reports out of Jacksonville suggesting that Fournette will be held out of the lineup through the team's Week 9 bye to allow him to get healthy. 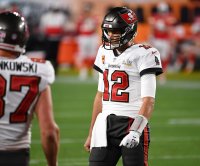