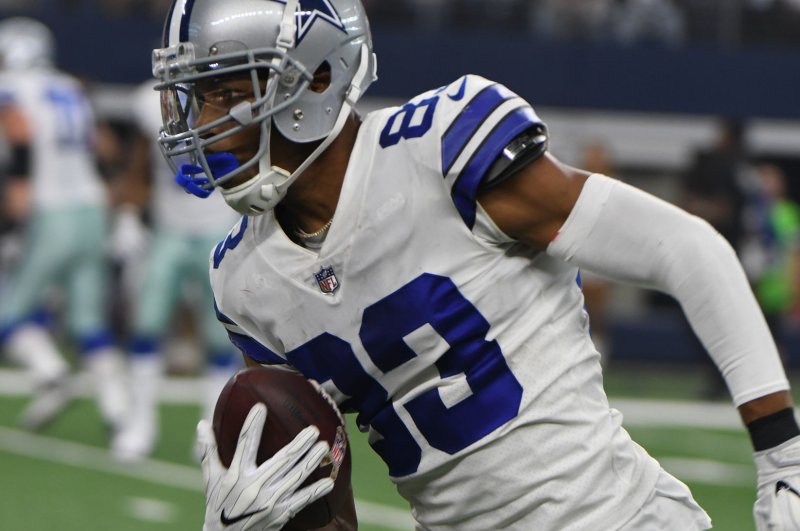 Dallas Cowboys receiver Terrance Williams makes a catch in the backfield against the Kansas City Chiefs at AT&T Stadium in Arlington, Texas on November 5, 2017. Photo by Ian Halperin/UPI | License Photo

Frederick has yet to play this season since he was diagnosed in August with Guillain-Barre syndrome, a rare disorder in which the body's immune system attacks the nerves.

The four-time Pro Bowl selection was kept on the 53-man active roster despite the fact there was no timetable for his return.

"We are in better shape today to make a decision about IR for a few weeks than we were when we first learned of this," Cowboys owner Jerry Jones told the team's official website on Friday.

Frederick, 27, revealed that he was diagnosed with Guillain-Barre syndrome on Aug. 22. He had missed multiple practices while dealing with stinger-like symptoms in his neck and shoulder during training camp.

Willams has barely seen the field this season. He has only two catches for 18 yards and has been involved in only 39 snaps through three games.

The sixth-year wideout spent much of the offseason recovering from surgery for a broken foot. Williams did not play in last week's win over Detroit after missing practice two days earlier due to personal reasons.

RELATED Niners may be without starting corners vs. Cardinals

Williams had never missed a game in the NFL prior to sitting out against the Lions. He established a career high with 53 receptions last season.

A a third-round pick from Baylor in 2013, Williams has 230 receptions, 3,359 receiving yards and 20 touchdowns in 80 regular-season games, including 66 starts. He also has eight receptions for 198 and three scores in three playoff games.

The Cowboys will use one of their roster spots to activate defensive end David Irving, who missed the four games while serving a suspension for a violation of the league's substance abuse policy.