Eli Manning and the New York Giants pay a visit to the Carolina Panthers on Sunday. Photo by John Angelillo/UPI | License Photo

The New York Giants will be trying to avoid a 1-4 start when they visit the Carolina Panthers on Sunday.

Meanwhile, the Panthers have a chance to go to 3-1 and keep pace atop the NFC South with the New Orleans Saints while extending their seven-game home winning streak in the first meeting between the teams since 2015.

The Panthers were off last weekend after beating the Cincinnati Bengals at home. They've won the last three years after their open date.

"Even after a win, we challenge ourselves to get better and make progress," Carolina defensive end Julius Peppers said. "We still have to improve on some things."

One area where the the Panthers have been pretty good so far is running the ball.

Led by second-year running back Christian McCaffrey, the Panthers are averaging an NFL-best 166 yards per game on the ground.

McCaffrey ranks second in the NFL with 90.3 rushing yards per game. His 428 yards from scrimmage are the second most in franchise history through the first three games of a season.

In the 31-21 victory over the Bengals on Sept. 23, McCaffrey ran for a career-high 184 yards. He has accumulated 95 or more yards from scrimmage in all three games and is averaging 120.8 in his past four home games. He also already has 22 catches.

"When you've got a team playing confident like we're playing, it makes us hard to beat," Carolina quarterback Cam Newton said. "We know we can't let off the pedal."

Newton accounted for four touchdowns (two rushing, two passing) against the Bengals. In three games this season, he has passed for 646 yards and five touchdowns with one interception.

Newton and the Panthers will be operating against a Giants defense that ranks 29th in the NFL in rushing yards allowed.

The Carolina defense should get a boost from recently signed safety Eric Reid, who will play his first game for the Panthers this week.

Reid has drawn attention for his national anthem protests, but the Panthers were willing to take a chance that he'll be a productive player.

"Eric is a smart player," Panthers head coach Ron Rivera said. "He has shown that he's picking it up very quickly."

The Panthers plan to use the bulked-up Reed, 26, in multiple ways.

"It gives us position flexibility with him," Rivera said. "Once he learns and understands the (system), I think you get another field general back there."

In five seasons with the San Francisco 49ers, Reid had 10 interceptions.

"Hopefully, I can make some plays, put us in a good position to win games," Reid said. "That's the main goal."

The Giants' offense has plenty of playmakers to challenge the Panthers' defense.

Veteran quarterback Eli Manning has passed for 1,055 yards and four touchdowns with one interception, wide receiver Odell Beckham Jr. has 31 catches for 331 yards already, and rookie running back Saquon Barkley has rushed for 260 yards on 56 carries and three touchdowns.

But Barkley was limited to 44 rushing yards last week by the New Orleans Saints.

With Barkley on board, the Giants were hoping their offense would be explosive this year. So far, that hasn't proved to be the case.

In the Giants' three losses, they have yet to reach 20 points. New York has a streak of 30 games without the offense reaching 30 points.

Manning was questioned about the inability of the passing game to strike quickly.

Manning has completed 74.2 percent of his passes by making the mostly short throws and being cautious. He's also dealing with pressure to get rid of the ball quickly, having already been sacked 15 times this season.

"Risks are not what you want to take. You throw the ball down the field when it's not risky, and then there's forcing things and that leads to turnovers that leads to mistakes," Manning said. 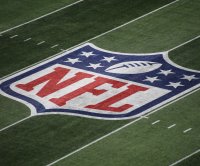