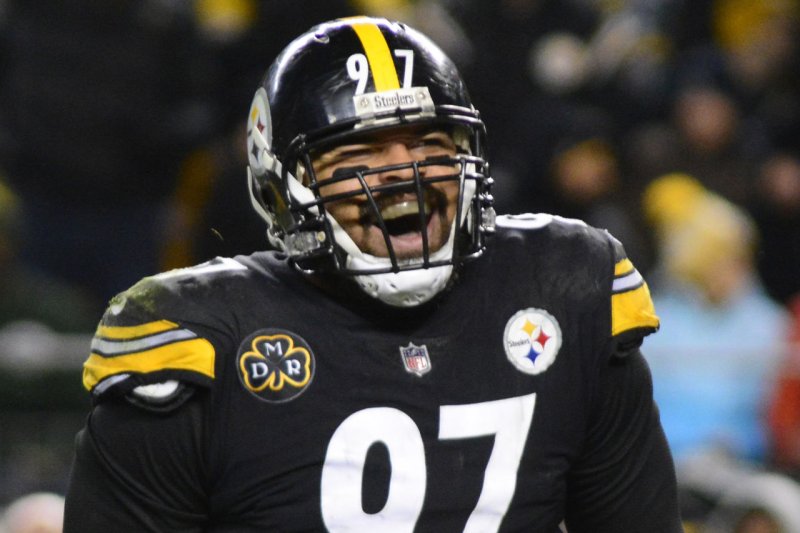 Cameron Heyward is tired of seeing the Pittsburgh Steelers' defense shredded by the opposition.

The Steelers (1-2-1) rank near the bottom of the league in most defensive categories and they have yielded 449 yards or more in each of the last three games. Pittsburgh ranks 30th in yards allowed per game (420.5), 26th in points permitted (29.0) and 25th in yards per play surrendered to an opponent (6.0).

Heyward, who is a defensive captain, said that the team needs to focus on "assignment football and being more accountable."

"It's about believing in the defense,"Heyward said, via the Pittsburgh Post-Gazette. "I'm not for big speeches. I look for guys to step up. The kitchen is hot right now, and everyone is looking to get out, so we have to get to work and settle it down. Either buy in, or don't get on the field.

"Our defense is built on everyone doing their 1/11th. That's the way it's always been, and we have to get back to that."

Heyward, who is a defensive end, noted that players need to work together to fix the issue.

"It's understanding rush and coverage work together. If the rush doesn't get there, we have to get our hands up. We have to get better push. And our secondary has to make some plays. If we're in man, we have to keep our leverage inside. In the run game, we have to be in our gaps and stay sound, not shooting blocks and trying to make plays," the 29-year-old said.

"Our defense isn't about making plays. It's about doing your job. That's for everyone out there. I don't give a (darn) if I never get a sack again. But if everyone else does their job and we get off the field, then so be it."

Pittsburgh's defense faces a tall task in the form of Matt Ryan and the high-powered Atlanta Falcons (1-3) on Sunday.

Berhe sustained a pectoral injury during Sunday night's loss to the Baltimore Ravens. The 27-year-old has collected three tackles in four games this season.

Allen recorded two special teams tackles while playing in 10 regular-season games last season after being selected in the fifth round of the 2017 NFL Draft. He also played in the Steelers postseason game against the Jacksonville Jaguars.