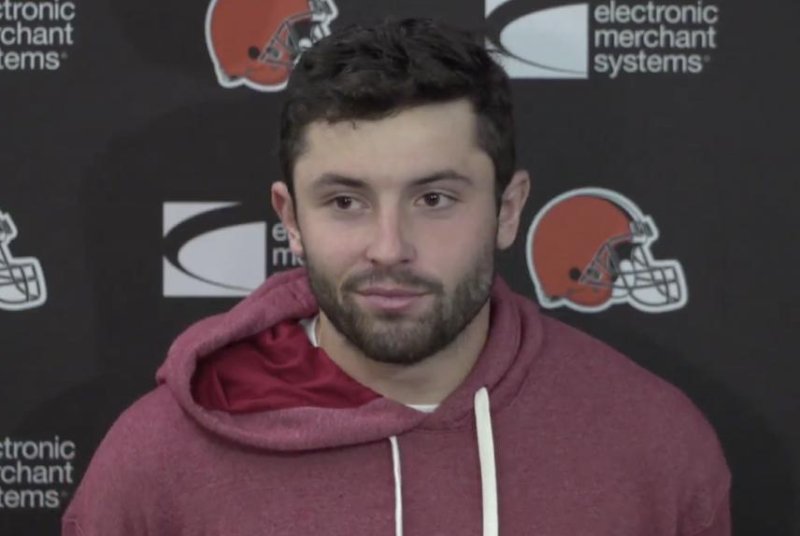 Jackson made the expected announcement on Monday. Mayfield -- the No. 1 overall pick in the 2018 NFL Draft -- made his NFL debut on Thursday, leading the Browns to their first victory since Dec. 24, 2016.

"Obviously Baker has worked extremely hard, put himself in position to be the backup and obviously in this game was able to go out and play well," Jackson said. "He nailed it. Did really well. Helped lead the team to victory, which I thought was really important."

The Oklahoma product completed 17-of-23 passing attempts for 201 yards in the 21-17 victory against the New York Jets. Cleveland trailed New York 14-0 with 1:42 remaining in the first half when Mayfield entered the game in place of an injured Tyrod Taylor. He completed his first three passes on the drive and led the Browns to a 45-yard field goal.

In the second half he led the Browns to points on three of his first four drives, snatching up the rare victory in Cleveland.

Taylor remains in the concussion protocol and will be the backup to Mayfield if declared healthy for the Browns' Week 4 contest against the Oakland Raiders. Drew Stanton is also on the roster at quarterback. Jackson said both quarterbacks have taken Mayfield "under their wing."

"Baker understands there's still a lot of work to do," Jackson said. "He's got to continue to grow in the National Football League, continue to understand our system better and even execute it more. And now, the added pressure of being out there first is there. But I think he can handle it. He's demonstrated that. He's shown me at every opportunity that he was working at it to be ready for when his time was called, he would make the best of it. He's done that."

The Browns battle the Raiders at 4:05 p.m. on Sunday in Oakland.

"I'm going to carry my same routine," Mayfield said. "So far that is working for me. I've got guys around me that I can lean on for support. Now the only thing different will be the vocal standpoint of leadership ... Now I just need to be more vocal and it just comes with the position."