Tampa Bay Buccaneers quarterback Ryan Fitzpatrick (14) gestures before receiving the ball from Buccaneers center Ryan Jensen (66) during a game with the New Orleans Saints on September 9, 2018 at the Mercedes-Benz Superdome in New Orleans. Photo by AJ Sisco/UPI | License Photo

Ryan Fitzpatrick will remain under center for the Tampa Bay Buccaneers following the return of fellow quarterback Jameis Winston, according to a report Sunday.

Glazer, however, added that Fitzpatrick would lose the starting job if he does "something dramatically bad" for Tampa Bay (2-0).

Fitzpatrick was named the NFC Offensive Player of the Week for the second time this season after tossing four touchdown passes in his second straight contest.

The 35-year-old Fitzpatrick followed his sterling season-opening performance with another in the Buccaneers' 27-21 victory over the Philadelphia Eagles. He joined Kansas City's Patrick Mahomes (2018) and New England's Drew Bledsoe (1997) by throwing for at least four touchdown passes in back-to-back contests to begin the season.

Fitzpatrick completed 27-of-33 passes for 402 yards against the Eagles to join New England's Tom Brady (2011) and Carolina's Cam Newton (2011) as the only players in NFL history to record at least 400 passing yards in each of the first two games of the season. Fitzpatrick is the first NFL quarterback to throw for at least 400 yards in consecutive games since Philip Rivers in 2013.

Winston, who was the top overall pick of the 2015 NFL Draft, became the first quarterback in league history to throw for over 4,000 yards in each of his first two seasons. He was hampered by a shoulder injury in 2017, limiting him to a career-worst 3,504 passing yards with 19 touchdowns in 13 games.

RELATED NFL notebook: Bucs' Vea will not play vs. Steelers 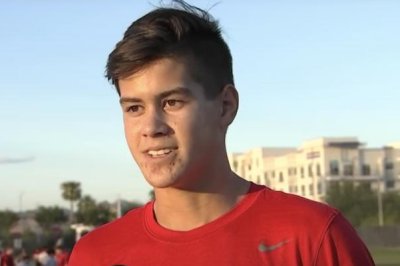