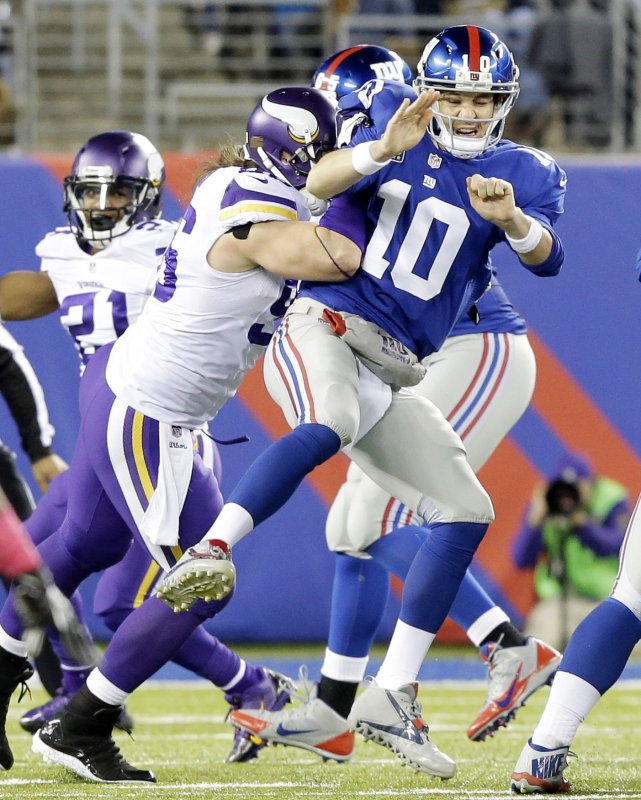 Veteran defensive end Brian Robison expected the 2018 season to be his last. If so, it might have to be with another franchise.

The Minnesota Vikings released Robison as part of their cuts to get down to a 53-man roster, which Robison acknowledged on his Twitter acount Saturday.

The 35-year-old Robison has spent his entire career with the Vikings since the team selected him in the fourth round of the 2007 NFL Draft.

"Sad Day! I love you Vikings Fans, teams, coaches and all I have come in contact with over the years," tweeted Robison. "This one hurts, but it's not goodbye. More like see you later. Thank you Vikings for 11 amazing years and one opportunity. Formal letter to come soon."

Robison told the St. Paul Pioneer Press in June that he was fairly certain the 2018 season -- his 12th in the NFL -- would mark the end of his career.

After taking a pay cut for the second straight year, Robison told the newspaper that he was mulling retirement in the offseason, terming it a 50-50 decision.

Robison, who lost his starting job during the 2017 season, accept a pay reduction from $3.5 million to $1.015 million in May. He also agreed to restructure his contract in April 2017, having his salary slashed from $5.6 to $4 million in exchange for a boost to his 2018 salary. He gave up the increase to continue playing.

Although he appeared in all but one game during his first four seasons, Robison was a sparse contributor for Minnesota.

However, during a six-year run from 2011-16, Robison was a mainstay on the defensive front, starting all but one game. He registered 42.5 of his 60 career sacks during that span.

Last season, Robison appeared in 15 games, making one start, and had 4.0 sacks, 28 tackles and three forced fumbles in part-time duty.