Jacksonville announced the suspensions Sunday night as a result of the players' violating team rules and conduct unbecoming of a Jaguars football player. Both players were suspended for one week.

The moves came after Fowler was involved in an altercation after practice on Sunday and had to be separated from Yannick Ngakoue. Ramsey had a profane rant directed at nearby cameras during the incident.

Both players will miss the Jaguars' preseason game against the Minnesota Vikings on Sunday at U.S. Bank Stadium in Minneapolis.

Fowler was removed from the physically unable to perform list on Saturday. He will miss the Jaguars' Week 1 contest due to a suspension for violating the NFL's personal conduct policy. He was arrested in July of 2017 and charged with battery, criminal mischief and petty theft.

Ramsey continued to voice his displeasure with the media on Sunday, tweeting at a reporter from Jacksonville.com who filmed the incident.

"You know you done messed up right? Lol if y'all want war, we got sum for y'all," Ramsey tweeted. "And I know the rest of y'all [you know who you are] gone read this too so just know. Lame [expletive] reporters."

Ramsey, 23, had 63 tackles, 17 passes defensed and four interceptions, en route to being named an All-Pro and making his first Pro Bowl during his second NFL season. 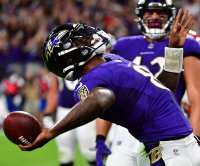