WR Zay Jones back on practice field with Buffalo Bills 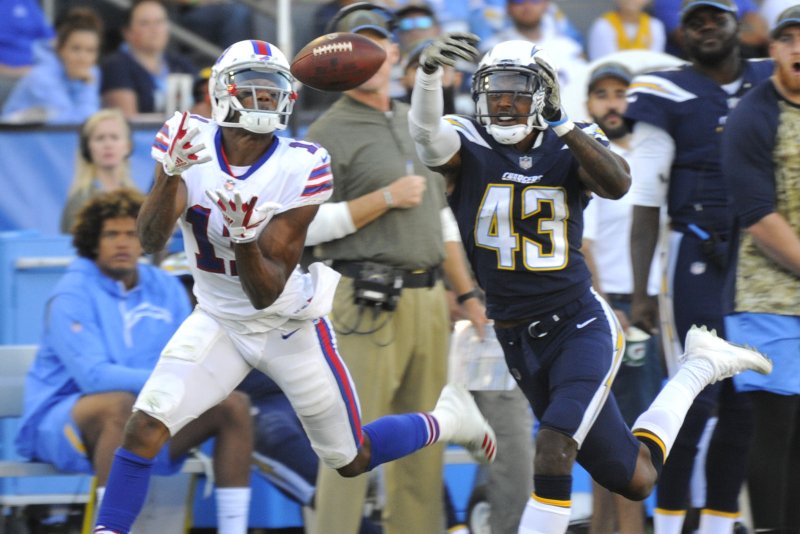 Jones wore a red non-contact jersey while participating in Sunday's practice. He had been working out individually after being sidelined following shoulder and knee surgeries during the offseason.

The 23-year-old Jones, who could be in line to start opposite Kelvin Benjamin this season, had 27 receptions for 316 yards and two touchdowns in 15 games after being selected by the Bills in the second round of the 2017 NFL Draft.

Jones is part of a wide receivers corps that includes Benjamin, Jeremy Kerley and Andre Holmes, among others.

Jones made bigger headlines in March after a bizarre incident in which he was arrested on suspicion of felony vandalism.

Video of the incident showed him naked in a hallway in an apartment building, arguing with his brother, Cayleb Jones. Prosecutors declined to pursue criminal charges, citing insufficient evidence.

Buffalo Bills GM on WR Zay Jones: 'He'll have to earn his way' Bills WR Jones out for spring after knee surgery Bills WR Jones: 'Thankful to be alive' after wild ordeal