Pittsburgh Steelers' Ryan Shazier walks across field on his own 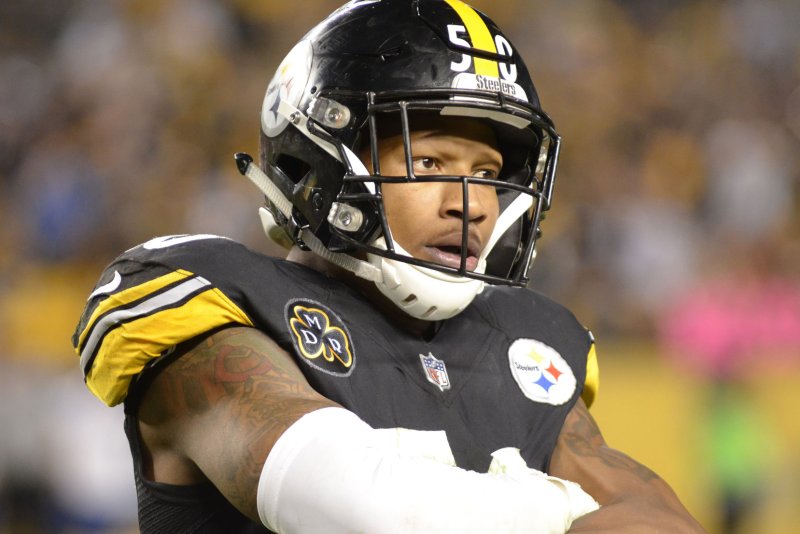 Pittsburgh Steelers linebacker Ryan Shazier posted a video of himself walking across the field without the use of a cane or any assistance.

Shazier, who is recovering from a serious spinal cord injury, was deliberate in his pace during the video that was posted to Twitter on Friday.

"Today was a great day," Shazier wrote. "The team had a wonderful practice. But I also got to enjoy the fans! If you were able to make it to the stadium, here is a little bit of what happened! I promise you the Lord is not done working yet! Keep Shalieving #shalieve."

Shazier has come a long way since being stretchered off the field in a game against the Cincinnati Bengals on Dec. 4. He underwent spinal stabilization surgery two days later and began to regain feeling in his legs in early January.

The 25-year-old Shazier has made a number of public appearances during his rehabilitation, ranging from a visit to a Pittsburgh Penguins game to an emotional moment during the 2018 NFL Draft. He walked across the stage holding the hand of fiancee Michelle Rodriguez to announce the Steelers' first-round pick of Virginia Tech safety Terrell Edmunds.

Today was a great day. The team had a wonderful practice. But I also got to enjoy the fans‼️ If you were able to make it to the stadium, here if a little bit of what happened‼️ I promise you the lord is not done working yet‼️ 🤫🙏🏽💯 Keep Shalieving 5️⃣0️⃣ #shalieve🙏 pic.twitter.com/LHiRXHa5gN

A first-round draft pick (No. 15 overall) of Pittsburgh in 2015, Shazier earned Pro Bowl honors in each of his last two seasons.