Robinson, who was injured Friday and carted off the field during the first practice of training camp, was cleared from a concussion, Cleveland.com reported.

The former No. 2 overall pick in the 2014 NFL Draft practiced with the third-team unit at left tackle behind Joel Bitonio and Shon Coleman.

Robinson started six games for the Detroit Lions in 2017 before injuring his ankle in mid-October. He was placed on injured reserve and waived with an injury designation.

A starter with the Rams in his first three seasons, Robinson played in 46 games before being traded to the Lions for a sixth-round pick.

Cleveland is seeking a new starter at left tackle to replace longtime standout Joe Thomas, who announced his retirement in March.

NFL // 4 hours ago
NFL owners agree to expand playoff field to 14 teams
March 31 (UPI) -- NFL team owners voted to approve the expansion of the playoff field from 12 to 14 teams, starting with the 2020 season.

NFL // 15 hours ago
Tom Brady pitched himself to Buccaneers front office before signing
March 31 (UPI) -- Tom Brady is arguably the greatest quarterback in NFL history, but he did some personal promotion this off-season before being signed by the Tampa Bay Buccaneers. 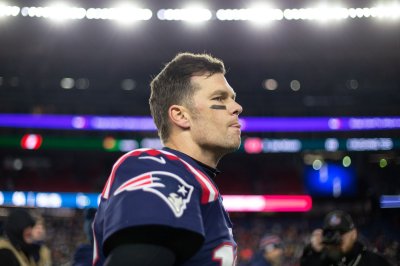