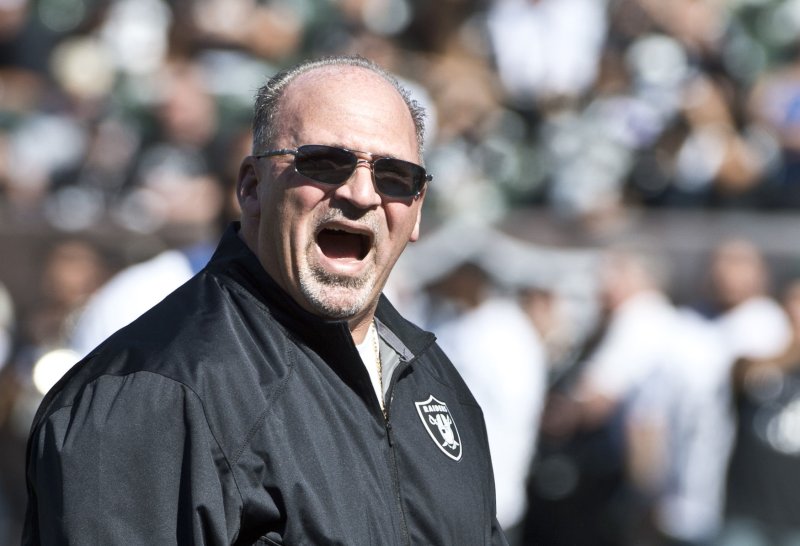 Sparano, who spent the past two seasons with the Vikings, died on Sunday morning due to arteriosclerotic heart disease, according to the Hennepin County Medical Examiner. He was 56.

According to the Mayo Clinic website, Arteriosclerosis occurs "when the blood vessels that carry oxygen and nutrients from your heart to the rest of your body (arteries) become thick and stiff -- sometimes restricting blood flow to your organs and tissues."

In lieu of flowers, the Sparano family asked for donations to the American Heart Association.

The Vikings will resume regularly scheduled practices on Saturday.

Sparano was named the head coach of the Miami Dolphins in 2008 and turned around a 1-15 team by leading the club an 11-5 mark and a postseason berth. He posted a 29-32 record during his four seasons in Miami.

Sparano served as the Oakland Raiders' interim head coach in 2014 after the team fired Dennis Allen. The Raiders were 3-9 under his watch.

He began his NFL coaching career in 1999, serving as an offensive quality control coach with the Cleveland Browns. He also had coaching stints with the Washington Redskins, Jacksonville Jaguars, Dallas Cowboys, New York Jets and San Francisco 49ers.

Sparano began his coaching career as an assistant at his alma mater of the University of New Haven in 1984. He became the head coach of the Chargers a decade later and guided them to the NCAA Division II championship game in 1997.