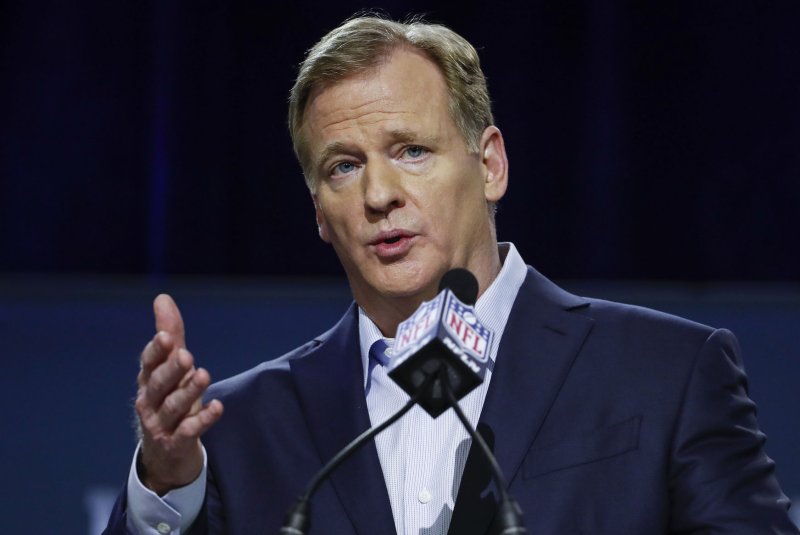 The NFL and its players association "have come to a standstill agreement on the NFLPA's grievance and on the NFL's anthem policy," they said in a joint statement on Thursday night.

The NFLPA filed a grievance on July 10 against the NFL's new national anthem policy that requires players and league personnel to either stand for the anthem or remain in the locker room. The policy also subjects teams to a fine if a player or any other personnel do not show respect for the anthem.

Now, that policy is on hold while the NFLPA and the NFL negotiate.

"No new rules relating to the anthem will be issued or enforced for the next several weeks while these confidential discussions are ongoing," the joint statement read.

"The NFL and NFLPA reflect the great values of America, which are repeatedly demonstrated by the many players doing extraordinary work in communities across our country to promote equality, fairness and justice.

"Our shared focus will remain on finding a solution to the anthem issue through mutual, good faith commitments, outside of litigation."

The anthem issue has been a divisive one, with some feeling that players who don't stand for the song are being disrespectful to, among others, the U.S. military. Others feel it is the players' rights to protest perceived social injustice peacefully.

Advertisement
RELATED NFL revenue up in 2017 despite lower TV ratings

Former San Francisco 49ers quarterback Colin Kaepernick started the movement in 2016 to kneel during the national anthem as a protest to perceived police brutality against African-Americans, social injustice and racial inequality.

Kaepernick and former 49ers safety Eric Reid have both filed collusion cases against the league after failing to land jobs as free agents.

The anthem topic became a central issue for the NFL after President Donald Trump criticized the movement during a speech last September, stating players should be fired for not standing.

NFL // 23 hours ago
Bill Belichick: Tom Brady's move to Buccaneers wasn't about 'not wanting him'
Sept. 27 (UPI) -- Bill Belichick wanted Tom Brady to stay with the New England Patriots instead of leaving for the Tampa Bay Buccaneers two seasons ago, the quarterback's former coach said Monday.