NFL notebook: Bielema likes being in pros with Patriots 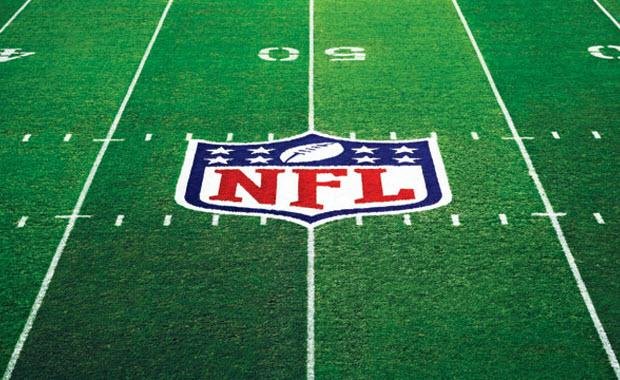 Bielema, in his first coaching job at the NFL level, spent more than 20 years in the collegiate ranks.

"It's a whole different way to coach (in the NFL)," Bielema told CBS Sports on Friday. "I understand once they go to that level, coaches don't ever go back. One of the most 'a-ha' moments was one of the first drills I did during OTAs. I had 11 (defensive) guys go through the drills. 'Holy cow, these guys are good.' These are the elite of your elite."

Before coming to New England this offseason, Bielema was head coach at Arkansas for five years and Wisconsin for seven years. Before that, he was the Badgers' defensive coordinator, Kansas State's co-defensive coordinator and Iowa's linebackers coach.

-- Los Angeles Rams running back Todd Gurley admitted to being somewhat envious of the sizable contracts that have been secured by several NBA superstars in free agency.

"Us NFL players, we're just mad about NBA contracts right now, that's all," the 23-year-old Gurley said, via the Los Angeles Times. "I just want like $80 million. Those guys are getting like $150 (million). It's crazy. It's insane."

Gurley was asked about NBA contracts after comments he made in a recent interview with TMZ Sports. He responded that NFL players should have guaranteed contracts, and when asked what could be done to make it a reality, Gurley said "lockout in a couple years."

-- Tim Tebow is a strong believer that fellow former Heisman Trophy winner Baker Mayfield will alter the fortunes of the Cleveland Browns.

The Browns are coming off a winless season in 2017 and are 1-31 during their last two years. Tebow, however, credited the Browns with "making some moves to give themselves a chance," namely selecting Mayfield with the top overall pick of the 2018 NFL Draft.

"I'm friends with (Mayfield) and I think he's going to do a good job," Tebow said, per Cleveland.com. "I think he's really focused on trying to prove that he was worth it."

Tebow, who currently is with Double-A Binghamton, won the Heisman Trophy in 2007 with Florida. Mayfield captured the trophy 10 years later with Oklahoma.

Mayfield will begin his rookie season behind Tyrod Taylor on the depth chart for the Browns, who open training camp on July 26.

-- The Seattle Seahawks ended their business partnership with Papa John's, according to multiple reports.

The Seahawks are the second NFL team in the last two days to distance itself from the pizza chain. The Atlanta Falcons indefinitely suspended their relationship with Papa John's on Friday.

The Seahawks told NBC Sports' Pro Football Talk on Saturday that they terminated their relationship with Papa John's and are finalizing a new pizza partnership with a different chain. The Seahawks also said they will announce the new partnership during training camp or sooner and that this process began "months ago."

The NFL parted ways with Papa John's in February and replaced it with Pizza Hut as the league's official sponsor.

The Falcons indefinitely suspended their relationship with Papa John's after a report that founder John Schnatter used a racial slur during a May conference call, the Atlanta Journal Constitution reported Friday.

-- Four-time Pro Bowl guard Richie Incognito was announced as the "first national ambassador" of an anti-bullying organization based in Los Angeles.

Incognito, who was one of the players at the center of the Miami Dolphins' bullying scandal in 2013, will be honored by Boo2Bullying at an event later this month.

Per its website, Boo2Bullying's goal is "to eradicate bullying, intolerance and discrimination by educating schools and parents about accepting diversity and giving young people the tools to connect with and positively impact those around them."

Incognito was in the eye of a bullying scandal involving then-teammate and fellow offensive lineman Jonathan Martin while with the Dolphins.

-- New England Patriots guard Shaq Mason is in the final year of his contract but hopes to stay with the team beyond this season.

Since left tackle Nate Solder left to sign a free agent deal with the New York Giants this offseason, Mason is arguably the best offensive lineman on the team.

Mason is eligible for free agency next March. The team could slap the franchise tag on him to delay a long-term deal and keep him for a year, but tagging offensive linemen is typically reserved for tackles.

-- Jacksonville Jaguars quarterback Blake Bortles has heard all of the derisive comments, boos and jeers that have been thrown his way.

Bortles admitted that he expects more of the same even though he helped lead the Jaguars to an AFC South title and a win shy of a Super Bowl appearance.

"There's times when I deserve it," the 26-year-old Bortles said on NFL Network "And I don't have a problem admitting that I didn't play good. And I don't have a problem with people critiquing me when I don't play good. It's just never really bothered me. I love going to work every day. I love playing football, and the locker room, so why let something affect me that I have no control over?"

Bortles signed a three-year, $54 million contract extension, one month after helping the upstart team advance to the AFC Championship Game. He connected on 60.2 percent of his passes for 3,687 yards and 21 touchdowns with a career-low 13 interceptions during the regular season.

Gronkowski will appear during a July 23 special entitled "Monster Tag," a show featuring celebrity guests who tag sharks. On Thursday, he posted an Instagram video of himself tagging tiger sharks, one of the species known to attack humans.

"No one ever said tagging a massive Tiger Shark would be easy," Gronkowski wrote in a Twitter photo caption. "Watch us both WIN on #SharkWeek, starting July 22 on Discovery. #TigerGronk #SaveSharks."

Rodgers also took to social media to publicize the event.

"This is me. This is a shark. This is on shark week in July," he wrote on Instagram.

Olympic skier Lindsay Vonn, four-time NBA champion Shaquille O'Neal, Dallas Mavericks owner Mark Cuban and Ronda Rousey of the WWE will also be filmed during "Shark Week." The group will be alongside a number of marine biologists in an effort to address the issues facing shark populations and help ensure their survival.

-- Tony Romo wasn't too keen on making his Super Bowl LIII prediction in July, but alas he went public with an interesting matchup.

"If I had to pick right now? It's pretty early," the former Dallas Cowboys quarterback and current CBS analyst said when asked for his prediction by NFL Network. "Thing about the NFL is things change pretty fast. Injuries happen, a lot of stuff happens, but, um ... if I was picking right now, I'd probably go with Green Bay versus Jacksonville. That would be a tentative, rough guess here in the summer months."

Romo was on record as saying that the Packers were the "team to beat" this season, despite the club missing the playoffs for the first time in almst a decade after last year's 7-9 finish. As for the Jaguars, Romo quickly reminded everyone about the team that defeated them in the AFC Championship Game in January.

"You can never count out New England," Romo said. "As long as Tom Brady and Bill Belichick are breathing, the easy pick is them."

Coutee, who was selected in the fourth round of the 2018 NFL Draft, is expected to challenge Braxton Miller for the slot receiver role with the Texans.

"To see the kid Keke, how he is and how much he can help them in the return game, great receiver," Johnson said of the 21-year-old Coutee, per the Houston Chronicle. "So, they have a lot of talent in that room."