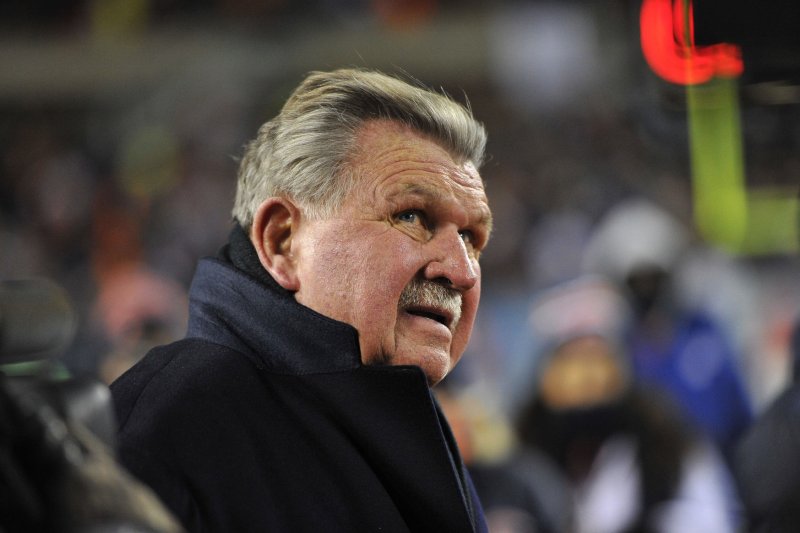 "The Bears are trying to win and Matt's a good coach, a very good coach," the 78-year-old Ditka told NBC Sports on Monday. "I think they got to put the pieces together, they know what they want to do. They're in the process of trying to draft the right people, put the right people in, work with the people they already have."

Ditka coached the Bears to a victory in Super Bowl XX. He was also part of an NFL championship the team won in 1963.

The Pro Football Hall of Famer said the Bears are expected to be more aggressive on offense in Nagy's system.

Ditka also said he's seen similarities between Trubisky and Jim McMahon, who helped the Bears to a 15-1 mark during the 1985 season.

"I like Mitch a lot, I really do. I think he is a good leader and has a lot of talent," Ditka said. "I know he has heart and I think that's the main thing.

"... I was with the guy who played quarterback for us last night, Jim McMahon, he wasn't the most talented guy in the world but he knew how to play the position," Ditka said. "He wanted to win. I think that's the way Mitch is, but I think Mitch is a very, very talented guy."

Trubisky completed 196 of 330 pass attempts for 2,193 yards, the most among rookie quarterbacks in franchise history. He also threw for seven touchdowns and seven interceptions in 12 games after being selected with the second overall pick of the 2017 NFL Draft.

Ditka was named head coach of the Bears in 1982. He won 112 games, including six in the playoffs. He also coached the New Orleans Saints for three years (1997-99) and finished his coaching career with a 121-95 regular-season record.

He was selected to the Pro Football Hall of Fame in 1988.