Philadelphia Eagles head coach Doug Pederson speaks to the media at the Super Bowl LII press conference on January 30, 2018 at the Mall of America in Bloomington, Minnesota. Photo by Kamil Krzaczynski/UPI | License Photo

Philadelphia Eagles coach Doug Pederson told reporters on Wednesday that he was looking forward to the team's trip to the White House before the invitation was rescinded.

President Donald Trump rescinded the invitation on Monday night, citing a disagreement on standing during the national anthem.

Pederson began his press conference at the NovaCare Complex in South Philadelphia by saying he intended to issue a blanket statement on the White House subject.

Pederson attempted to put an end to the discussion when reporters began to ask questions.

"I'm not discussing [the trip]. It's over. What you've seen and what you've heard is enough," he said.

The Philadelphia Inquirer reported that team owner Jeffrey Lurie was expected to join a small contingent on the South Lawn at 1600 Pennsylvania Ave. before the White House rescinded the invitation on Monday night, less than 24 hours before the scheduled ceremony.

White House Press Secretary Sarah Huckabee Sanders said in a statement on Tuesday that the Eagles initially notified the White House on May 31 that 81 individuals would attend the event.

The Eagles attempted to reschedule the event late Friday, according to Sanders, but Trump was slated to travel overseas on the team's proposed dates for a ceremony.

"The White House, despite sensing a lack of good faith, nonetheless attempted to work with the Eagles over the weekend to change the event format that could accommodate a smaller group of players," Sanders said in a statement. "Unfortunately, the Eagles offered to send only a tiny handful of representatives, while making clear that the great majority of players would not attend the event, despite planning to be in D.C. today.

"In other words, the vast majority of the Eagles team decided to abandon their fans."

NFL // 23 hours ago
Bobby Mitchell, Redskins pioneer and Hall of Famer, dies at 84
April 6 (UPI) -- Bobby Mitchell, the first African American player to ever suit up for the Washington Redskins, has died. He was 84. 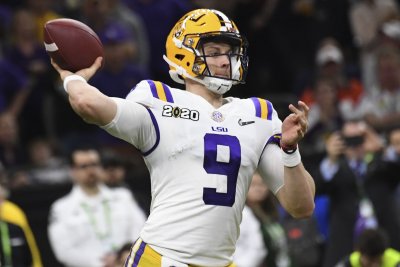 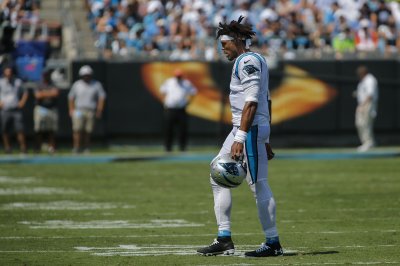