Former Chicago Bears head coach John Fox looks on from the sidelines during the first half of an NFL game against the Green Bay Packers on September 28, 2017 at Lambeau Field in Green Bay. Photo by Kamil Krzaczynski/UPI | License Photo

Fox, who most recently coached the Chicago Bears from 2015 to 2017, made his debut Tuesday afternoon on "NFL Live." He is also expected to make appearances on "SportsCenter," ESPN Radio and across the network's platforms.

"The opportunity to join ESPN and stay involved with football is a privilege. While I was honored to coach in the NFL for 28 years, I'm looking forward to this new adventure sharing my experiences and passion for the game with ESPN's viewers," the 63-year-old Fox said in a statement.

Fox posted a 133-123 record in 16 seasons as an NFL head coach with the Carolina Panthers (2002-10), Denver Broncos (2011-14) and Bears, who fired him on New Year's Day after three straight last-place finishes. Fox led the Panthers and Broncos to Super Bowl appearances, however.

"John has led two different franchises to the Super Bowl and he has a great football acumen, just the kind of experience and perspective we were looking to add to our NFL studio coverage," Seth Markman, senior coordinating producer for ESPN's NFL studio shows, said in the statement.

"In addition to his football smarts, John is also a great storyteller and he has a fun personality, so we expect fans to see a different side of the former coach in his new analyst role." 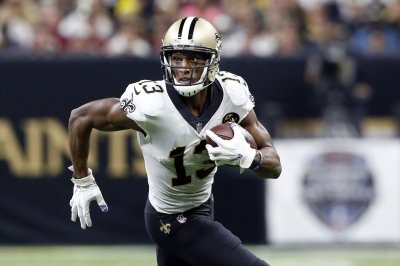