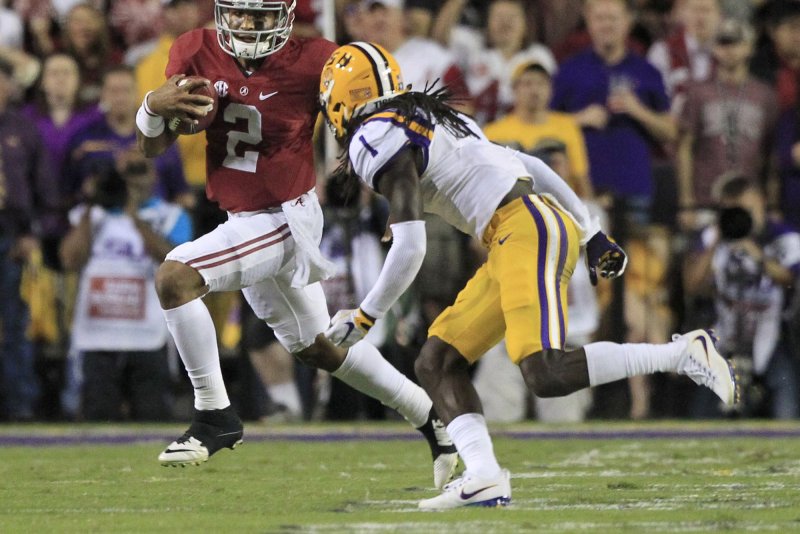 Cornerback Donte Jackson was one of five draft picks signed by the Carolina Panthers, the team announced Thursday.

Jackson was selected in the second round (55th overall) out of LSU in the 2018 NFL Draft last month.

Jackson was named second-team All-SEC in 2017 after totaling 51 tackles, 10 pass breakups, one interception and one sack. He finished three seasons at LSU with 116 tackles and four interceptions. His 4.32-second time in the 40-yard dash at the NFL Combine in February tied for the fastest time among all participants.

Thomas led off the draft's day three selections as the 101st overall pick. The 6-foot-5, 250-pound Thomas was at Indiana for two seasons after transferring from a junior college.

Haynes was the 136th overall choice. At Mississippi, he set a modern-day record for sacks with 32 during his career, including tying a school-record 10 in a single season. He was named second-team All-ACC this past season.

Carter, the 161st overall pick, started all 37 games during his final three years at Maryland and led the team in tackles in each of those seasons. He left the Terrapins with 337 career tackles, 9.5 sacks and one interception.

Norton had 84 tackles, including 18 tackles for loss and five sacks, in three seasons at the University of Miami.