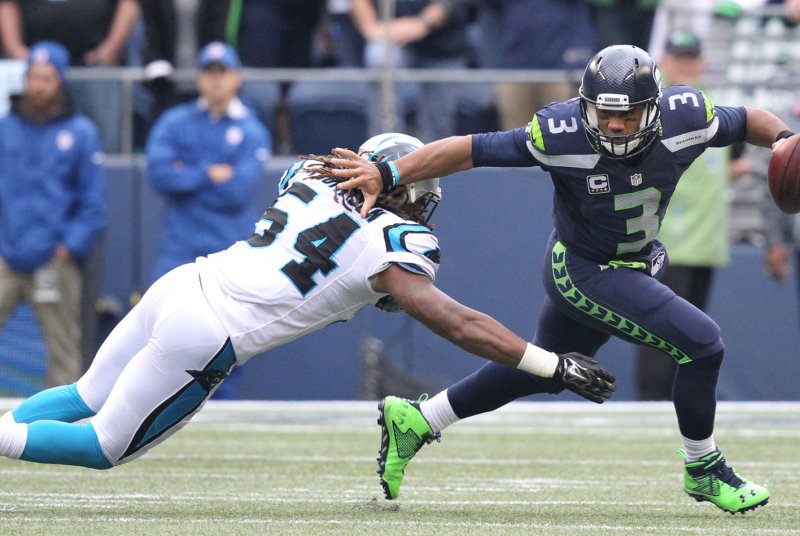 April 24 (UPI) -- The Carolina Panthers have picked up the fifth-year option on linebacker Shaq Thompson.

Carolina announced the move on Tuesday.

Thompson, 24, is now under contract through 2019. The three-year veteran was the No. 25 overall pick in the 2015 NFL Draft out of the University of Washington. Thompson had 75 combined tackles, six quarterback pressures, two sacks, one pass defensed and a forced fumble in 14 starts last season for the Panthers.

The outside linebacker had 54 tackles, five passes defensed, two fumble recoveries, an interception and a touchdown in 14 games during the 2016 season, when he made 12 starts.

Thompson has totaled 159 tackles and three sacks in 42 games in his three NFL seasons. The Panthers have a reputation for one of the best linebacker groups in the game, which also includes Luke Kuechly and Thomas Davis.

Davis begins the season on a four-game suspension after violating the league's policy on performance-enhancing drugs.

The Panthers' offseason workout schedule began on April 16. Mandatory minicamp is from June 12 to June 14.

NFL // 6 hours ago
'Unwanted' QB Sam Darnold stung by trade, vies to improve with Panthers
April 13 (UPI) -- Quarterback Sam Darnold said he was "stung" when he became "unwanted" and traded away by the New York Jets this off-season to the Carolina Panthers, but is now focused on self-improvement and learning a new offense.