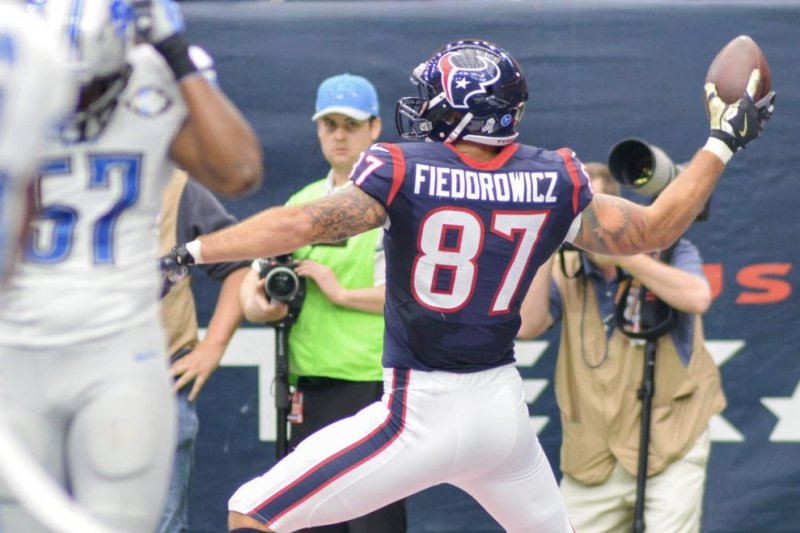 The Texans added the 26-year-old to the reserve/retired list on Thursday afternoon. Fiedorowicz was a third round pick in the 2014 NFL Draft.

"We have a lot of respect for C.J. and we support his decision to retire," said Texans coach Bill O'Brien said in a team news release.

"I know this was a difficult decision for him. C.J. has been a great teammate and we appreciate his efforts over the past four years. We wish him success in the next phase of his life."

For his career, Fiedorowicz had 881 yards, six touchdowns and 89 receptions in 51 appearances, including 42 starts.

The retirement comes after Fiedorowicz suffered three concussions during the 2017 season. Fiedorowicz signed a three-year, $21.5 million contract extension with the Texans in August, which included $10 million guaranteed.

The tight end was originally due $5 million in 2018, but had a stipulation in his contract which reduced his salary by $2.8 million if the contract was terminated due to a pre-existing condition like a concussion, according to the Houston Chronicle.

Mathieu: 'It's not all about money for me' Reports: CB Joseph agrees to two-year deal with Texans Texans reportedly sign OL Fulton