Jets still searching for QB in 2018 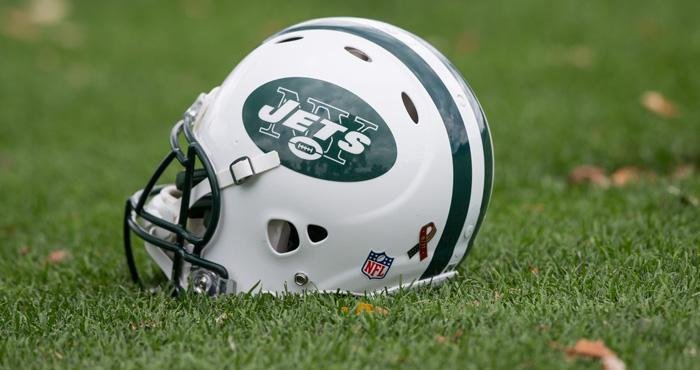 INDIANAPOLIS -- The New York Jets have no clue who their starting quarterback will be next season.

Figuring it out among the myriad possibilities is their top priority as the 2018 evaluation period unofficially kicks off this week at the Scouting Combine in Indianapolis.

New York has missed the playoffs seven straight seasons, and head coach Todd Bowles and general manager Mike Maccagnan were given two-year contract extensions at season's end to change that very fact. If they don't, they are goners.

The good news is that the Jets have ample spending money under the salary cap (more than $90 million following the release of Muhammad Wilkerson and retirement of Matt Forte on Wednesday), and also the sixth pick in the draft.

Kirk Cousins is the headliner of the free-agent class, but he's likely to get the richest deal on a yearly basis in NFL history. Plus, he's expected to have multiple suitors, including the Broncos, Browns, Cardinals and Vikings.

If the Jets opt to use their rainy-day fund to upgrade one of their many other areas of need, they could bring back soon-to-be 39-year-old Josh McCown on a one-year deal and draft the quarterback of the future with the No. 6 pick. McCown's 94.5 passer rating last season was higher than the 93.9 for Cousins.

RELATED Dolphins hope they can afford to keep WR Landry

Bryce Petty and Christian Hackenberg, the only two quarterbacks on the Jets' roster, will be lucky to duke it out for a backup role.

The early consensus is that quarterback prospects Sam Darnold (USC), Josh Allen (Wyoming), Josh Rosen (UCLA) and Heisman Trophy winner Baker Mayfield (Oklahoma) all have top-five talent, though at least one should fall to the Jets at No. 6. The team is expected to meet with each this week. Trading up to get one they really love is possible, but it will be costly.

Should they Jets score a quarterback in free agency, top prospects such as North Carolina State pass-rusher Bradley Chubb and Alabama defensive back Minkah Fitzpatrick (a New Jersey native) could be draft options.

The next two months will decide a ton about the future of the organization. Bowles, speaking Wednesday at the Combine, said he believes the team is ready for whatever comes its way in the quarterback market.

"We've got to make sure we get the right fit for our team, no matter what age he is," the fourth-year coach said. "We've got Plans A, B, C, and, if possible, D, so everything's on the table.

"There's situations where your Plan A doesn't work out, but your Plan B or C works out even better."

Maccagnan said quarterback is a "position of interest," especially because last season's starter, McCown, is a free agent. But Maccagnan was otherwise coy about the team's plans at his Wednesday press conference.

"We're kind of excited about the players that are potentially in pro free agency, if they make it to the market," he said. "We're also excited to see what the draft prospects look like."

Whatever the course of attack, the Jets had better get it right. They have three picks in the top 49 of the draft, so the opportunity is there to stockpile talent.

Fans are starved for a winner, and the team, possibly in response to that, lowered season-ticket prices for next season. The Jets are 46-66 since the 2010 AFC Championship Game (their last postseason appearance), and they desperately need a savior behind center in 2018.

--Bowles spoke glowingly about Forte, who announced his retirement Wednesday after 10 NFL seasons.

"The ultimate professional," Bowles said. "He played hard, he studied, his work ethic, the way he handled himself off the field, his maturity on the field, his playmaking ability, he's one of the guys I like my players to emulate and I hope they learned a lot from him in the locker room."

--As for Wilkerson, despite it being a foregone conclusion the Jets were going to cut him, Bowles said he believes the 28-year-old "still has a lot of good football left in him."

"It was business, obviously it was good for both sides," Bowles said, adding that it was not a disciplinary move. "Got a lot of love for Mo, and I wish him nothing but the best."

The Jets saved $11 million by cutting Wilkerson, a 2015 Pro Bowler who had only eight sacks the last two seasons after signing a five-year, $86 million deal in July 2016.

Said Maccagnan: "With contracts of that size, there's expectations of performance."

--Regarding the recent arrests of wide receiver Robby Anderson (reckless driving/resisting arrest) and linebacker Dylan Donahue (DWI), Maccagnan said those are things the team "doesn't take lightly," but didn't get into detail on either incident because they are pending legal issues. Maccagnan did say he had "frank conversations" with both players since their arrests.

Donahue was charged with driving in the wrong lane through the Lincoln Tunnel when he crashed into a bus. Four people were taken to a local hospital, including a 2-year-old.

--The revolving door of Jets offensive coordinators continued spinning this offseason, when quarterbacks coach Jeremy Bates was promoted to replace John Morton, who lasted only one year in the role. Bates is the team's sixth offensive coordinator in the last eight seasons and third in Bowles' four-year tenure.

"Jeremy is a talented coach who has a sound understanding of what it takes to build a successful offense," Bowles said upon Bates' promotion. "Having spent last season with us, he offers continuity and has a good sense of what we need to do to improve."

Yet, continuity is unlikely to be one of the hallmarks of the 2018 Jets' offense. Though it's possible McCown will be back as the starting quarterback, he will likely only be the caretaker until a rookie is ready to take over. And that is only if the Jets miss out on prized free agent Kirk Cousins.

Speaking of Cousins, speculation has been that Bates assumed the coordinator role in part to lure the Redskins quarterback to the Jets, because Bates was an offensive assistant in Denver under Mike Shanahan, the same man who drafted Cousins to Washington.

Bates will run the same West Coast offense that Shanahan became known for with the Broncos and Cousins ran under then-coordinator and current Rams head coach Sean McVay.

Though Bates comes from an intricate coaching tree, the 41-year-old came to the Jets last year after a four-year hiatus from the NFL, during which he hiked the nearly 3,000-mile Continental Divide Trail from Mexico to Canada -- alone -- for five months.

"Football is a 24/7 commitment and he just needed some time off," Bates' father, Jim (himself a longtime NFL assistant), told ESPN last summer. "When he first walked away, it was real tough on him, but I think it really helped him. I think he's really matured and he appreciates the game that much more."

Before his disappearance from the league, Bates served one year as offensive coordinator of the Seahawks, but was fired because of philosophical differences with head coach Pete Carroll, who had brought Bates with him from USC when he was hired in Seattle.

Joining Bates on the Jets' offensive staff is Rick Dennison, who will coach the offensive line and run game after spending last season as offensive coordinator with the Bills. Bates and Dennison worked together in Denver.

Texans' Watson ahead of schedule on ACL rehab