Denver Broncos quarterback Brock Osweiler (17) drops back for a pass in the end zone during a game on December 20, 2015 at Heinz Field in Pittsburgh. File photo by Shelley Lipton/UPI | License Photo

The Denver Broncos' hopes for 2018 won't be made or broken by any of their pending free agents, but there are some players they might like to bring back at the right price.

Inside linebacker Todd Davis, a starter for the last two seasons, headlines the group, although the Broncos could bring back fellow free agent Corey Nelson, who was Davis' backup, at a more affordable price.

Wide receiver Cody Latimer, a 2014 second-round pick who struggled in his first three seasons, finally emerged as a solid No. 3 receiver in 2017 and could return, especially if the Broncos part ways with Demaryius Thomas or Emmanuel Sanders.

Defensive ends Jared Crick and Billy Winn, both of whom spent the season on injured reserve, are also set to become free agents, and one or both could be brought back to provide rotational depth. Running back Jamaal Charles, who didn't contribute much in his only season with the Broncos, is not expected to return.

Quarterback Brock Osweiler should settle in as a backup somewhere, but the Broncos seem likely to move on from him as they overhaul their complement of passers. None of the Broncos' free agents are considered franchise or transition-tag candidates. 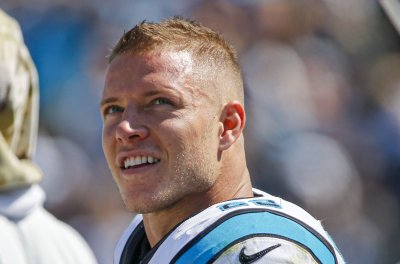