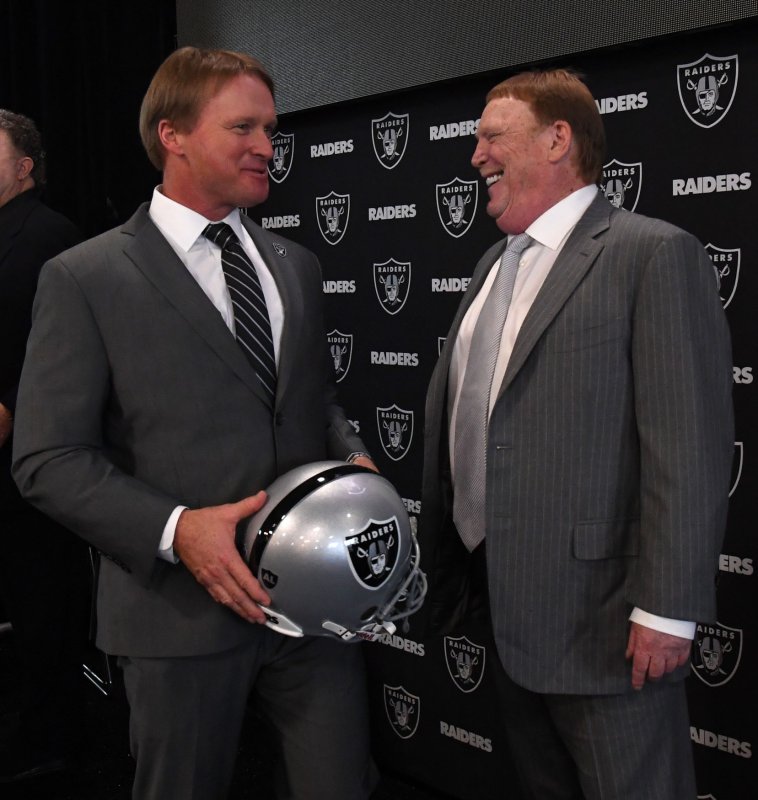 Jon Gruden said that a lack of organizational continuity has led to poor records for the Oakland Raiders since his previous head coaching stint ended with the club.

"We got to improve the talent on this team. We also, I think, have got to put a system in place here that our players can grow within," Gruden told 680 KNBR-AM on Wednesday. "We have had (nine) different head coaches, I believe, since I've been here. We've had a number of different offensive coaches. Poor Reggie McKenzie (general manager) has had to draft players to fit different schemes and systems and I think it's hurt us. A lack of continuity, a lack of system football on offense and defense has certainly hurt the Raiders."

The Raiders' offense hasn't had the same voice for more than two seasons since Callahan was at the controls for four seasons during his previous stint in Oakland.

Gruden would like to stop the revolving door, and he hopes it starts with him after signing a 10-year contract.

"Hopefully we can put a system in place that we can draft into, develop our players within and hopefully it can carry us to high levels and we've just got to prove it," he said.

Gruden spent his first four seasons as a head coach with Oakland, posting a 38-26 regular-season record (40-28 overall) from 1998-2001 and guiding the team to a pair of playoff berths -- including the AFC Championship Game in his last two seasons.

The Raiders traded Gruden to the Tampa Bay Buccaneers, where he won a Super Bowl in his first season in February 2003.

The Buccaneers went 12-4 in his first season and finished with a 57-55 regular-season record (60-57 overall) with three playoff appearances in Gruden's seven seasons. Overall, Gruden is 95-81 in 11 regular seasons and 100-85 including the postseason.