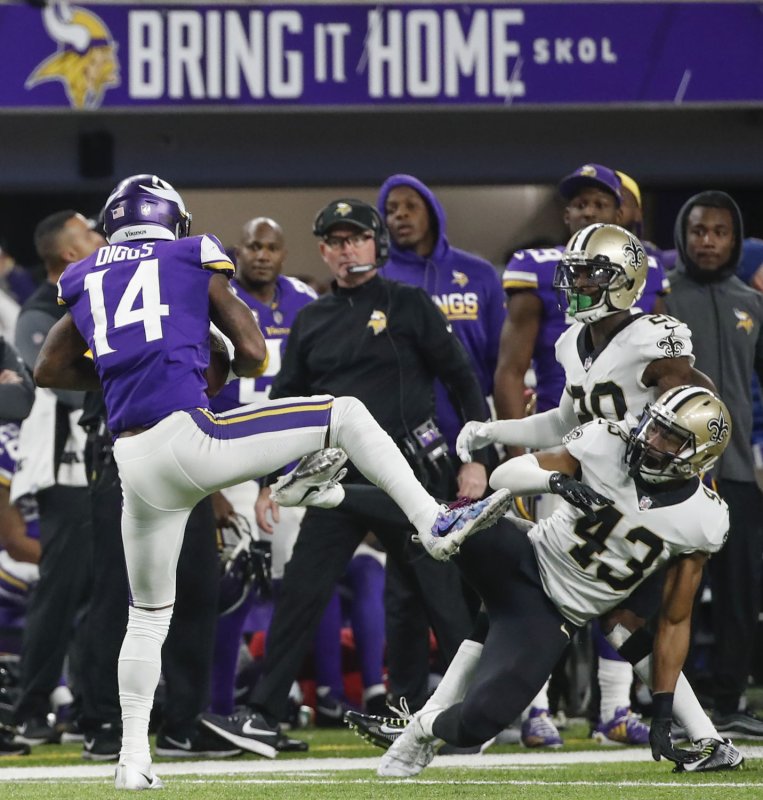 New Orleans Saints rookie safety Marcus Williams took to social media to thank his supporters on the heels of his missed tackle that gave the Minnesota Vikings a 29-24 victory in the NFC divisional round.

Williams' missed tackle allowed wide receiver Stefon Diggs to score on a 61-yard touchdown as time expired Sunday, sending the Vikings to the NFC Championship Game against the Philadelphia Eagles and -- by extension -- ending the Saints' season.

"I appreciate my friends, real fans, family, and team for everything they have done for me this season all of the support is highly appreciated!" the 21-year-old Williams wrote on Twitter. "No the season didn't end as planned but one thing for sure I won't let one play define the type of MAN or PLAYER that I am or will be!"

Williams, who answered reporters' questions with tears in his eyes after the loss, received plenty of both positive and negative responses from fans over social media.

Former Saints player Steve Gleason took the positive route on Twitter, and encouraged the team's fans to do the same.

"Marcus Williams had a spectacular rookie season, and could have a stellar career," Gleason wrote. "He was trying to make the right decision and not interfere. As a competitor, I'm sure he's crushed. I invite Nola to be encouraging and supportive as well as we move on."

RELATED Steelers looked ahead, now have long wait for 2018 season

"Yea it may hurt but one thing I know for sure my dawg play his heart out every game for the team man," Lattimore wrote. "He give 100% effort no matter if it's practice or the game. Can't deny his passion for the game! He gained a brother for sure. We'll be back!"

Williams reeled in a third-quarter interception that set up the Saints' second touchdown on Sunday.

He recorded five picks while starting 17 games in the regular season and playoffs after being selected by New Orleans in the second round out of Utah.

Williams played the second-most snaps of any New Orleans defensive player and finished the season with 73 tackles.